The real problem here is the federal government and the Congress-critters think $2.5 million is a drop in the bucket, but for many Americans, it is more money than will be earned in a lifetime. I understand $2.5 million is something like 0.0000066 percent of the budget, but perception matters.

The United States Constitution simply requires that [An] Enumeration shall be made within three Years after the first Meeting of the Congress of the United States, and within every subsequent Term of ten Years, in such Manner as they shall by Law direct. 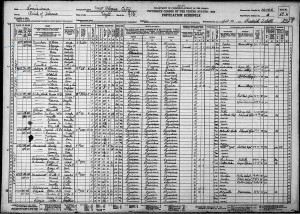 It’s a simple directive to determine the apportionment of representatives to the United States House of Representatives, but the federal government has blown this simple requirement of law into a multi-billion dollar jobs program where citizens pay other citizens to count residents.

How’s that? Well the 2009 budget for the Department of Commerce, tasked with counting all of us – both legal and illegal – was more than $8 billion in 2009, with more than a quarter of the budget needed for the 2010 Census. As far as I can tell, the Department of Commerce spent more than $2 billion to count people in 2009, and they have yet to count one person since all of the counting happens during 2010!

I understand complaining about the $2.5 million Super Bowl add is “nothing big” but how about $2 billion? How’s your perception now?

Ed Morrissey over at Hot Air has some commentary about the ad itself, with the video courtesy Story Balloon. Hoft at Gateway Pundit doesn’t even think it’s a good ad.

Michelle Malkin’s weekly column dives into the Census boondoggle and the crazy amount of money being spent to “inform” the public they will be counted and it will be really important.

What’s the right way to do this? I really don’t know, but maybe the local county, town and city governments could figure out how many permanent residents they have and report the figures to the state and the state can report to the federal government?

It should not be this hard, and certainly does not need to cost this much.

The following questions are from the 2010 Census. All respondents will get the same 10 questions and there is no “long” form in 2010. Note the 2010 government census Web site states … Each question helps to determine how more than $400 billion will be allocated to communities across the country.

I just found $400 billion that can be cut from the federal budget. On to the questions … (Twenty percent of these questions have no place in this federal census … can you tell me which two don’t belong?)

How many people were living or staying in this house, apartment, or mobile home on April 1, 2010?
We ask this question to help get an accurate count of the number of people in the household on Census Day, April 1, 2010. The answer should be based on the guidelines in the ‘Start here’ section. We use the information to ensure response accuracy and completeness and to contact respondents whose forms have incomplete or missing information.

Were there any additional people staying here April 1, 2010 that you did not include in Question 1?
Asked since 1880. We ask this question to help identify people who may have been excluded in the count provided in Question 1. We use the information to ensure response accuracy and completeness and to contact respondents whose forms have incomplete or missing information.

Is this house, apartment, or mobile home: owned with mortgage, owned without mortgage, rented, occupied without rent?
Asked since 1890. Homeownership rates serve as an indicator of the nation’s economy. The data are also used to administer housing programs and to inform planning decisions.

What is your telephone number?
We ask for a phone number in case we need to contact a respondent when a form is returned with incomplete or missing information.

Please provide information for each person living here. Start with a person here who owns or rents this house, apartment, or mobile home. If the owner or renter lives somewhere else, start with any adult living here. This will be Person 1. What is Person 1’s name?
Listing the name of each person in the household helps the respondent to include all members, particularly in large households where a respondent may forget who was counted and who was not. Also, names are needed if additional information about an individual must be obtained to complete the census form. Federal law protects the confidentiality of personal information, including names.

What is Person 1’s sex?
Asked since 1790. Census data about sex are important because many federal programs must differentiate between males and females for funding, implementing and evaluating their programs. For instance, laws promoting equal employment opportunity for women require census data on sex. Also, sociologists, economists, and other researchers who analyze social and economic trends use the data.

What is Person 1’s age and Date of Birth?
Asked since 1800. Federal, state, and local governments need data about age to interpret most social and economic characteristics, such as forecasting the number of people eligible for Social Security or Medicare benefits. The data are widely used in planning and evaluating government programs and policies that provide funds or services for children, working-age adults, women of childbearing age, or the older population.

Is Person 1 of Hispanic, Latino or Spanish origin?
Asked since 1970. The data collected in this question are needed by federal agencies to monitor compliance with anti-discrimination provisions, such as under the Voting Rights Act and the Civil Rights Act. State and local governments may use the data to help plan and administer bilingual programs for people of Hispanic origin.

What is Person 1’s race?
Asked since 1790. Race is key to implementing many federal laws and is needed to monitor compliance with the Voting Rights Act and the Civil Rights Act. State governments use the data to determine congressional, state and local voting districts. Race data are also used to assess fairness of employment practices, to monitor racial disparities in characteristics such as health and education and to plan and obtain funds for public services.

Does Person 1 sometimes live or stay somewhere else?
This is another question we ask in order to ensure response accuracy and completeness and to contact respondents whose forms have incomplete or missing information.

Is federal funding for highways being “chipped away?”