You are here: Home1 / deniers

Actually, there has been an increase in the amount of CO2 emitted by human activity – including breathing – since 1850. That fact is not in dispute. But the increase in CO2 emissions does not mean the earth is dealing with higher levels of CO2 in the atmosphere.

END_OF_DOCUMENT_TOKEN_TO_BE_REPLACED 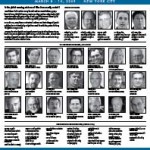 In early March the Heartland Institute sponsored a climate change conference with more than 70 featured presenters. You probably did not hear much about it since no politicians or actors were in attendance, and scientific presentations don’t make for good quality 30 second sound bites.

Other than the president of the Czech Republic, the keynote speakers held PhDs in scientific fields; as a matter of fact, most of the 70-plus presenters also had PhDs.

You can check out the Web site for the Second Annual International Conference on Climate Change, which includes audio, video and presentations from the conference. 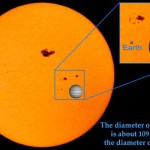 First, the Sun. Yes the Sun. I’ve always figured that since the Sun is about 93 million miles from earth and is about 100 times the size of earth, there was a pretty good chance that the Sun’s activity – or inactivity – would effect the temperature here on earth. It’s by no means a scientific theory, it’s just what I figured.

Why are these professionals considered deniers?

Update: AJ at Strata-Sphere joins in.

Due to the efforts of Heartland and others, the public is beginning to catch on to the cosmic scam that Al Gore, James Hansen and others–mostly not scientists–have been perpetrating. Meanwhile, the Obama administration, seemingly determined to inflict the maximum possible damage on the economy in the shortest time, is trying to ram a cap-and-trade carbon tax through Congress before opposition can be mobilized. It’s easier to do that, of course, when you know that Congressmen won’t read the statute before they vote on it. So our only hope is an informed citizenry. 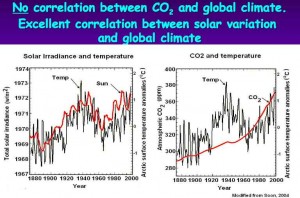 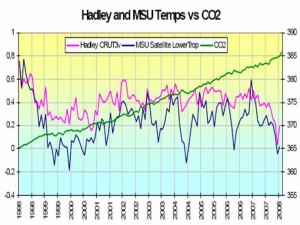