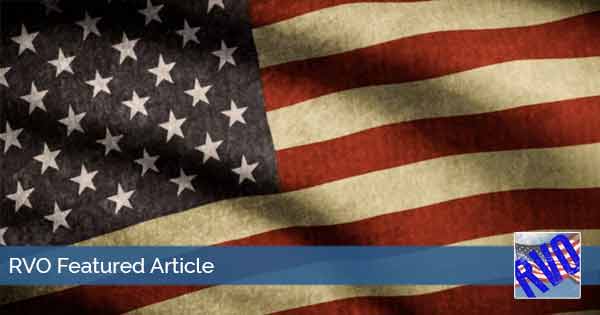 Editor’s note: This book review by Don Pesci was originally posted on his Red Notes from a Blue State blog on July 12, 2020. It is re-posted here with permission.

Jana Kandlova, author of Stalked by Socialism, has written a necessary book that raises the question: Are we here in the United States attempting to crawl back into the shed skin of totalitarian socialism?

History, which proceeds in baby steps, has taught us that the road to totalitarianism is paved with emotionally attractive socialist intentions, but there is a vast qualitative difference between intent and accomplished ends. That is the lesson bitterly learned by those in Western Europe who first were overrun by Nazism and later lived for decades under communism. All the important, autocratic totalitarians of the 20th century, among the bloodiest and most spiritually racked centuries in world history – fascists Adolph Hitler and Benito Mussolini, communists Joseph Stalin, “breaker of nations,” and Chairman Mao of China — were socialists before they became totalitarians.

The Road To Serfdom, first published in 1944, Friedrick Hayek writes, was offered “as a warning to English socialists” when Hayek was teaching in London. The precursor to socialism, Hayek warned, is “planning on a national scale,” which must of necessity be both arbitrary and anti-democratic. And those who naively believe that democratic forms alone are a bulwark against anti-democratic socialism have misread the times: “There is no justification for the belief that, so long as power is conferred by democratic procedure, it cannot be arbitrary; it is not the source, but the limitation of power which prevents it being arbitrary. Democratic control may prevent power from becoming arbitrary, but it does not do so by its mere existence. If democracy resolves on a task which necessarily involves the use of power which cannot be guided by fixed rules, it must become arbitrary power.”

In the pre-and-post-World War II era, Hayek and other unheeded 20th century Cassandras – one thinks of Robert Conquest, George Orwell, Arthur Koestler, Whittaker Chambers and many other writers of distinction – sounded loud, clanging warning bells commonly disregarded by policy makers and the tribunes of the people who, burrowing into the moment, rarely had a clear view of the near future.

Like so many post-World-War-Two survivors of iron-fisted totalitarianism, Kandelora is an escapee and an immigrant to the United States. Her memoir of her years under the jackboot of socialist totalitarianism provides us with a view from inside the communist leviathan. And the subtitle of her book, “An Escapee From Communism Shows How We’re Sliding Into Socialism,” is a timely warning to the United States, a palace of security and comfort to the offscourings of a socialist inspired communism now prowling the byways of the nation that welcomed her and others like her, still lifting the torch of liberty beside the golden door and offering to the dispossessed a refuge against the often arbitrary rule of “men like gods.”

Kandelova recounts her years in communist occupied Czechoslovakia in the first three chapters of her book, a captivating, painfully written but easily read personal reminiscence. Here we meet her brave grandparents and parents. Her mother describes in a single line the made-in-Russia, communist planned economy of Czechoslovakia, intermittently free after World War I and during the short-lived Prague Spring, before Russian tanks arrived in the country to suppress an organic revolution.

“We pretend to work, and they pretend to pay us,” her mother, a true Czech used to say.

Uncomfortable with socialist serfdom, Czechs in whom the fire of liberty had not yet been entirely snuffed out well knew that communist tyranny is the perfection of socialism, its logical endpoint. But the totalitarian mechanism, perfected in Russia and imported everywhere during the Stalin years throughout a war-racked Eastern Europe, was nothing if not an inhuman machine of spiritual destruction. The universal “equality” heralded by academic socialists very quickly became an instrument of oppression. The planned state can only be implanted in countries through intimidation, terror and remorseless force. The omnipotent and omnipresent state portrayed by Orwell must crush organic freedom, because liberty, natural to humans, is unalterably opposed to mechanized force.

Kandlova arrived in the United States when she was 18 years old. As had so many other immigrants fleeing the oppressions of the Old Word, she was delivered from the iron jaws of socialist communism by an inborn resistance to tyranny — that and the kind of serendipity in which Christians sometimes detect the moving finger of God.

It began when she and her younger sister Eva “got into collecting anything we could find that was Western: empty tennis ball cans, chewing gum wrappers, even empty Coke cans. All of these had once held products that weren’t available to us… It was all just stuff that belonged in the trash can, but back then, these things represented the U.S. to me, which was sounding better and better all the time.” The “dreary, hyper-controlled environment” of liberty-deprived Czechoslovakia had turned Kandlova into “a dreamer.” She had already been exposed to intimations of liberty by listening to The Voice of America. Her father, an ingenious technician, had built himself a ham radio and, through this media, the wider world was presented to Kandlova’s all too human imagination.

And then, of course, there was David, a friend whose family had attempted twice, unsuccessfully, to escape communist Czechoslovakia. Reprisals were quickly visited upon David’s family. A dozen years after their attempts to escape had been frustrated, “his family tried it again, this time going from Czechoslovakia to Italy, then attempting to immigrate to Australia (but being refused) and finally going to the U.S., where they settled in Hartford, Connecticut.

Having only seen David twice — the two had a pen-pal relationship — David invited Kandlova to visit him in Connecticut. It had been astonishing easy for 18 year-old Kandlova to get her Visa in order. “I guess the officials thought,” Kandlova writes, “a young girl like me, traveling alone, was sure to come back… I was scared to death to make this huge, irreversible move and told just about everyone I knew that I was going, hoping someone would stop me. The one person I didn’t tell was my father, who definitely would have put a stop to it but never got the chance because he was on a business trip when I left. My new, free, independent life was suddenly within my grasp.”

It is the burden of Stalked by Socialism to trace in great detail the ruinous socialist path, rejected by Eastern Europe after the shedding of much blood, sweat and tears, that has now gained a foothold in the United States, a Westernized socialism re-presented to a new generation of Americans as a native grown liberation movement.

Part two of Stalked by Socialism, “Reflections on Liberty and Liberty Lost,” twelve short chapters, is devoted to an examination of the modern day menace as seen through the eyes of a European socialist ex-serf who’s been there, seen that.

Through a lucid analysis of the modern iteration of “socialism with a human face,” Kandlova emerges as her mother’s child, a master of concision – “We pretend to work, they pretend to pays us.” If the note sounded throughout is that of a wise, cautioning, contrarian libertarian, it is because libertarianism is the best defense against socialist tyranny, especially that smiling tyranny slipped under the door of a free market system by socialists with knives in their brains.

In chapter fourteen, “The Freedom Spectrum: Trending towards Red,” Kandlora asks, “How can you determine where we currently land on the freedom-verses-socialism spectrum?… Here’s an easy, three-step way to gauge it: 1) The more money you’re required to give to the government, 2) the more enforced contact you have with the government, and 3) the more your everyday behavior is dictated by the government, the higher the level of socialism in your society and the less freedom you have.”

Stalked by Socialism places Kandlova in the same theatre of resistance once occupied by the Cassandras mentioned early in this review. Here is an escapee who, to deploy a phrase used by André Malraux of Whittaker Chambers in 1952, has not “come back from hell with empty hands.”