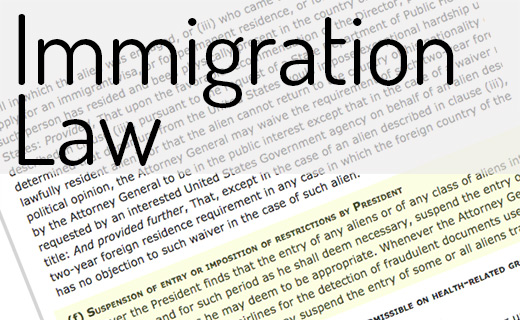 The president has a tremendous amount of power – confirmed by the Constitution and the Supreme Court – concerning the entry into the United States of all aliens. The law is clear. No ambiguity at all.

Of course, none of the blow-hard media “expert” journalists from the main stream media even acknowledge this law actually exists. They do say the president “has a lot of authority” or something like that, but then they say other parts of the Constitution may “temper” the power he has.

From the National Review, with my emphasis.

NR refers directly to Jackson’s decision, which in part reads…

Such decisions are wholly confided by our Constitution to the political departments of the government, Executive and Legislative. They are delicate, complex, and involve large elements of prophecy. They are and should be undertaken only by those directly responsible to the people whose welfare they advance or imperil. They are decisions of a kind for which the Judiciary has neither aptitude, facilities nor responsibility and have long been held to belong in the domain of political power not subject to judicial intrusion or inquiry.