One of the outstanding founders of Power Line joins us this morning. John has been a good friend of the show since we began which is why we headline his posts in our “Newswire” section. Here are his top headlines for today.

Plus we will be talking with National Review’s Kathyrn Jean Lopez about the culture of life or lack thereof today. Her column is here.

After all, here in the United States, we don’t have a good track record when it comes to fending off a creeping culture of death. Leave aside abortion — the killing of the most vulnerable, who’ve never had a say over their own preservation. Recall that one of our president’s regrets is that while in the Senate, he did not do his part to stop lawmakers from attempting to save the life of Terri Schiavo, a brain-injured Floridian who ultimately was taken off food and hydration in 2005 and died a short time later. It was a mess of a case, certainly, involving warring family members, courts, and a media feeding frenzy, but Obama’s statement was a bold one. 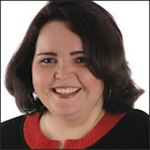