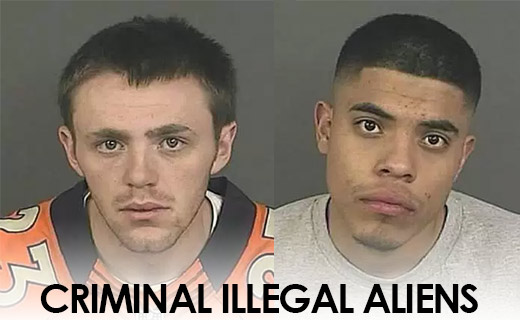 Not all, but some do. Sanctuary cities. Light enforcement of the law – if any enforcement. This is a problem, and President Trump really seems to be the only one to call these atrocities for what they are. From the Denver Post.

Ever Valles, 19, was arrested on Oct. 20 in Denver and held on multiple charges including possession of a weapon, vehicle theft and eluding.

ICE tagged a “detainer” notice on Valles, with the expectation that when he was released, ICE would be notified by Denver jail officials. ICE agents would then be at the jail to take Valles into federal custody.

Before October, Valles was a known gang member and juvenile offender.

… ICE believed him to be a “known gang member whose gang history is documented in the Colorado gang database.”

A Colorado Bureau of Investigation arrest report for Valles says he received 2 years with the Colorado Department of Youth Corrections for a drug case in 2014.

Let’s make something really clear. You don’t get two years in youth corrections for “smoking a little weed.”

This criminal illegal alien is no “dreamer.” There are hundreds of thousands of these criminal illegal aliens in the country, and due to the political correct hogwash, they frequently roam free. Even though Immigration & Custom Enforcement (ICE) put a detainer on Valles, Denver didn’t care one bit. They released him on Dec. 20, giving ICE a total of 26 minutes to come pick him up.

Denver jail officials said Friday they sent notification of Valles’ impending release by fax to the local ICE office at 11:33 p.m. Dec. 20 after Valles posted $5,000 bond earlier in the day. Valles was then released from jail at 11:59 p.m.

On Feb. 7, Valles and another criminal illegal alien robbed and murdered Tim Cruz.

A man who was shot to death early Tuesday near an RTD station on the Denver-Lakewood border has been identified as 32-year-old Tim Cruz, authorities said.

Cruz was shot during a robbery at 4:33 a.m. Tuesday on the 1100 block of Sheridan Boulevard, according to the Denver Office of the Medical Examiner.

He was pronounced dead at the RTD station, according to a news release by Steven Castro, spokesman for the coroner’s office. The manner of death is homicide, Castro said.

On Feb. 17, Valles and the other scum ball were charged with Cruz’s death.

You tell me. Does someone have blood on their hands here? Sanctuary cities are a serious problem that must be dealt with harshly. They should not be considered a “point of pride” for any city.