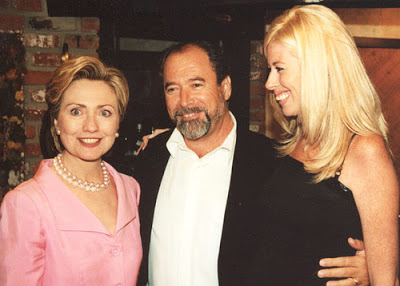 If you think Secretary Clinton’s kerfuffle with emails started when she became Secretary of State in 2008, you’d be incorrect. Prior to her US Senate run in the late 1990s – just as her husband President Clinton was winding down his final term in office – Clinton expressed terror at the thought of her email communications being exposed through freedom of information requests.

As much as I’ve been investigated and all that, why would I … why would I want to do email? Can you imagine?

In an interview with Andrea Mitchell from NBC News, Clinton claimed they “didn’t really stop and think what kind of email system will there be.” She was lying, and the video from the Peter Paul fundraising event pretty much confirms she was concerned about hiding communications from view more than 16 years ago.

Clinton's New Email Excuse: She "Wasn't Thinking A Lot About It"

Wow! Now Hillary Clinton says she wasn't really thinking when she decided to use a private email server as Secretary of State. See More here: https://goo.gl/2XESM5

Of course, many millennials who were not politically aware – and many of us older – have mostly forgotten all of the crap that was happening as Bill Clinton was leaving office and Hillary Clinton was getting geared up for her Senate campaign. Here is the full 20/20 report. I would not doubt it if ABC News block the video, but if they do, I challenge them to put the full report online with commercials instead of hiding it.