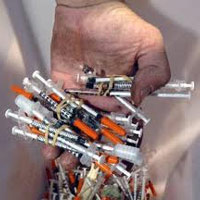 The answer to the question is no, but I think the Obama administration would suggest that providing the shot glass to the alcoholic would  be acceptable. Surgeon General Regina Benjamin is bringing back direct federal funding for a drug needle exchange program.

No idea how or why the federal government has any role in spending funds for drug addiction programs, but that’s another post. From the Washington Examiner.

The Obama administration has designated intravenous needle exchanges as a drug treatment program, allowing federal money set aside to treat addictions to be used to distribute syringes to narcotics users.

The change marks a dramatic shift in the argument over needle exchange programs. Two years ago President Obama lifted the 21-year ban on federally funded needle exchange programs as a necessary evil to reduce the spread of HIV among illicit drug users. The new position, determined by the surgeon general, is that the states can receive federal funding for programs that hand out the syringes as a treatment.

I guess they could hand out lighters to smokers too.

Critics say the new policy is a step toward European-style treatment where the government provides the drugs and a clean room to inject them. 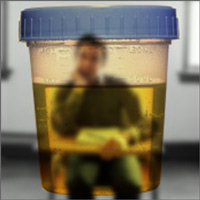