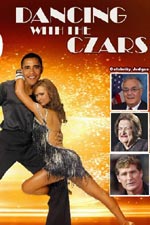 Michelle Malkin asks the question. This seems to be one of those discussions where almost all Republicans and a quite a few Democrats can agree on. The Executive branch power extension is ticking off some in the Legislative branch. Will Obama hold the line, close some czar offices, or try to grab more power? 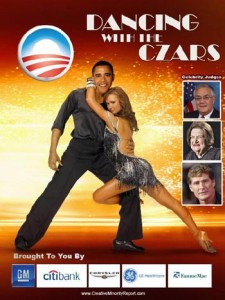 Remember all the czars? Jim Hoft at Gateway Pundit notes legislation by Rep. Steve Scalise (R-La.) introduced on Jan. 5 (H.R. 59) would “define advisors often characterized as Czars and to provide that appropriated funds may not be used to pay for any salaries and expenses associated with such advisors”. The full text of the legislation is not yet available, and I’m not sure it will go anywhere, but I really do think it would be a good idea for the Executive, Legislative and Judicial branches to clearly define the “power” positions in the Executive Branch.

President Obama seems to have come up with an official department of well – everything – during the first year of his administration. The power grab was real, and the former Sen. Robert Byrd (W.Va.) complained about it. Previous administrations including Bush 43 expanded the reach of the Executive Branch as well, but not to the extent of Obama. (Bush had about 32 compared to Obama’s 39 and Clinton’s eight.)

A Malkin post from 2009 has some background, and her book Culture of Corruption: Obama and His Team of Tax Cheats, Crooks, and Cronies

, highlights the shenanigans of some of the Obama czars.

It’s time for the rest of the Democrat minority to “reach across the aisle” and rein in out-of-control bureaucrats’ power with a “new spirit of cooperation.”

Special forces community do not appreciate or welcome publicity

Why all the fuss about reading the US Constitution yesterday?