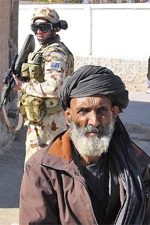 Wikileaks thinks technology and the Internet can help save human life and support human rights. But with the dissemination of the names and locations of Afghan citizens who have been providing intelligence to coalition forces, have they put those Afghans at risk of death?

This morning, CBS News referred to a piece in The Times over in the UK which I am currently unable to access. (Sorry, will add link if I can get it later, I can not even access their main site right now.) 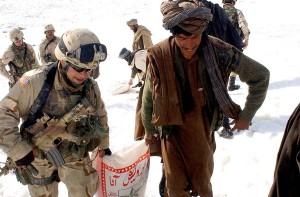 The Taliban are a ruthless force to be reckoned with, and if the Afghan population is to feel comfortable rooting out evil, they need to trust the coalition and the current counter insurgency (COIN) strategy. They need to know if they stand up to fight for their freedom, the coalition will be there to support them.

There are many things that will destroy that trust. Killing civilians accidentally is a very difficult pill for the Afghans to swallow. Leaving before the mission is complete will guaranty trust is destroyed for generations to come. Of course, the Taliban don’t accidentally kill anyone, they use civilians as human shields as a matter of battlefield doctrine.

We can argue if the coalition should even be in Afghanistan all day, but we are there now. If you were an Afghan, fighting the tyranny and oppression of the Taliban, would you continue towards your goal or sit down and STFU if you found out about this? (My emphasis in bold.)

One specific example cited by the paper is a report on an interview conducted by military officers of a potential Taliban defector. The militant is named, along with his father and the village in which they live.

“The leaks certainly have put in real risk and danger the lives and integrity of many Afghans,” a senior official at the Afghan foreign ministry told The Times on condition of anonymity. “The U.S. is both morally and legally responsible for any harm that the leaks might cause to the individuals, particularly those who have been named. It will further limit the U.S./international access to the uncensored views of Afghans.”

One former intelligence official told the paper that the Taliban could launch revenge attacks on “traitors” in the coming days.

President Obama first warned on Tuesday that operatives inside Afghanistan and Pakistan who have worked for the U.S. could be at risk following the disclosure, former and current U.S. officials told the Associated Press.

Speaking in the Rose Garden Tuesday, President Obama said he was concerned about the massive leak of sensitive documents about the Afghanistan war, but that the papers did not reveal any concerns that were not already part of the debate.

This is disgraceful and both the US traitor and Assange must pay. I had said that it was unlikely that Assange would pay any price for the leaks, but the revelation that he has essentially signed the death warrants of brave Afghans simply trying to make their country a better place changes all that. He needs to be captured, rendered somewhere heinous, interrogated, forced to turn over any other documents he has and sent to Bagram AFB in Afghanistan to be turned over to the Afghan government for disposal. I am not sure what laws they currently have for dealing with a sub-human swine like him, but I’m sure they can figure something out.

Assange himself travels constantly to avoid arrest.  Let’s hope that strategy fails soon.  He will have blood on his hands, thanks to this despicable act.  It’s a publicity stunt for Assange, and a death sentence to people who helped us, and most likely their families as well.  And for what?  Just to learn what anyone reading Long War Journal already knew.

What will this mean for the war effort?  The US will probably have to move all of the people named in the documents and their families, which means they won’t be able to continue in their current efforts.  After this exposure, we’ll have a lot of trouble finding anyone else who wants to work with us on the ground in Afghanistan, which makes our efforts there a hell of a lot more complicated, and will probably result in more dead Americans as well as Afghans.

[T]hat transparency in government activities leads to reduced corruption, better government and stronger democracies. All governments can benefit from increased scrutiny by the world community, as well as their own people. We believe this scrutiny requires information. Historically that information has been costly – in terms of human life and human rights. But with technological advances – the internet, and cryptography – the risks of conveying important information can be lowered.

So much for transparency: SEC says they are now exempt from FOI requests