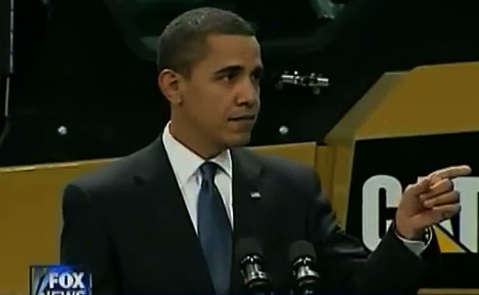 On Friday, Caterpillar announced the closing of a locomotive plant in Ontario, Canada.  The plant had been the site of a weeks long lockout over wages and benefits.  To remain competitive with the likes of General Electric, Caterpillar wanted concessions, but the Canadian Auto Workers union refused.

Where are these jobs going?  Right now, it looks like Muncie, Indiana where Caterpillar opened a plant last year.  At a recent jobs fair in Muncie, Caterpillar was offering jobs at $12 to $18.50 per hour, whereas it was paying an average of $35 dollars in Canada.

Caterpillar has made it clear it hopes to avoid any union representation at the Muncie plant.  Last year, an online job advertisement published by the company sought human-resources managers with ‘experience with providing union-free culture and union avoidance.’

That task will be a bit easier now as last Wednesday, Governor Daniels of Indiana signed into law a bill making Indiana a “right to work” state.  Unions are more than welcome, but, no union contract can demand that all union workers pay union dues.

The Canadian Auto Workers union…called the move ‘truly rotten behavior.  They are immoral, they are unethical and they are greedy,’…

Greedy?  No company is in business to lose money, and if they do, they won’t remain in business very long.  Let’s look at the results of Caterpillar’s decision.  Caterpillar pays federal income taxes on its “greedy” profits.  The larger the profits, the more the tax.  Given our deficit, this is good.

If it can sell locomotives at a price cheaper than its competitors, it will sell more locomotives.  To do so, it must hire more workers to build those locomotives.  Given our economy, this, too, is good.

It would appear that the CAW doesn’t understand this.

You are the President’s economic advisor
Scroll to top