Recently, all we hear are complaints from elected politicians about how hard it is to “find” money to fund their spending. Isn’t it time that politicians thought more about the country than getting their privileged, lard-laden hindquarters reelected, particularly this early in the election cycle?

As we know, campaigns are becoming increasingly expensive.  Øbama and others have already begun their fundraising efforts, in the belief that he/she who has the most money inevitably wins.  Michelle Malkin points out that even today, Øbama is off to Chicago to do some birthday fundraising.  The Congress is off for the month of August, no doubt holding fundraisers rather than town hall meetings.  How can they take an entire month off when the Dow is plunging, the economy is in a shambles, and the Senate can’t seem to find the time to present a budget?  Isn’t being a president or congresscritter supposed to be a full time job?  Do non-incumbent candidates get to campaign on the job?  Are they even allowed to keep their jobs while campaigning? 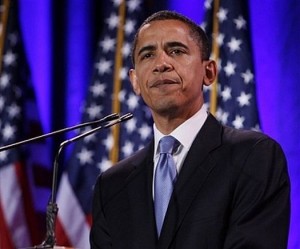 Given that the pols are doing this fundraising on our time, using government resources (see Air Force 1, franking privileges etc.) that only benefit incumbents, wouldn’t their efforts be better directed towards raising money to shrink the debt that they have created?  During the 2008 presidential election, Øbama raised $750 million (now finally under review by the FEC).  Why can’t he use some of that skill at getting people to voluntarily donate to his causes, those who support his policies?  Could it be that he realizes that his programs are simply not popular with a majority of Americans, and tapping the pool of “revenue” through involuntary “contributions” is the only way to get the bucks?

Sure, Øbama isn’t anywhere nearly as popular as he was in 2008, when he was a complete cipher, and before we knew what he was all about, but couldn’t he spare a taxpayer financed trip or two to help the country?  Where is the line of Øbama supporting Hollywood millionaires with their checkbooks open?  Where are the bundlers that raised over $76 million for him 2008 (and off to a good start with over $40 million for the 2012 election)?  Where are those millions of untraceable small donors that funded Øbama in 2008 now?

Maybe this president could really live up to his “historic presidency” by helping the country more than himself, and working to save us from his bad policies.  Wouldn’t that be a better investment in his reelection campaign?  Likewise for the rest of Washington D.C.  Try helping to pull the wagon rather than cracking the whip on those of us who are.

I’m sorry, but exactly who is out of touch?

Obama administration will ask to raise debt ceiling $2 trillion – What would China do?
9 replies

Last one out turns off the lights…
Scroll to top