This one probably escaped the notice of everyone except the most keenly aware. Count our friend Andrew McCarthy as one of those.

McCarthy notes that President Reagan, in 1983, afforded protections to INTERPOL, much like those afforded Diplomats. But Reagan, understood that some protections needed to be withheld, and he did.

Specifically, Interpol’s property and assets remained subject to search and seizure, and its archived records remained subject to public scrutiny under provisions like the Freedom of Information Act. Being constrained by the Fourth Amendment, FOIA, and other limitations of the Constitution and federal law that protect the liberty and privacy of Americans is what prevents law-enforcement and its controlling government authority from becoming tyrannical.

In other words, by making sure INTERPOL is subject to the same FOIA and 4th amendment protections, it could not just indiscriminately investigate or prosecute without making available its procedures and data to the accused. It is fundamental. That has now changed.

On Wednesday [Dec 16], however, for no apparent reason, President Obama issued an executive order removing the Reagan limitations. That is, Interpol’s property and assets are no longer subject to search and confiscation, and its archives are now considered inviolable. This international police force (whose U.S. headquarters is in the Justice Department in Washington) will be unrestrained by the U.S. Constitution and American law while it operates in the United States and affects both Americans and American interests outside the United States.

Interpol works closely with international tribunals (such as the International Criminal Court — which the United States has refused to join because of its sovereignty surrendering provisions, though top Obama officials want us in it). It also works closely with foreign courts and law-enforcement authorities (such as those in Europe that are investigating former Bush administration officials for purported war crimes — i.e., for actions taken in America’s defense).

Therein lies the rub. Are American citizens, soldiers and intelligence officers being set up for trial in international courts where you the American citizen, will not be protected by fundamental rights guaranteed by the Constitution? Rights this President seems so intent on protecting for the terrorists?

You can read more about this at Pajamas Media. And a Hat Tip to Instapundit, who writes:

Quietly, Obama just made it much easier for the International Criminal Court to go after American “war criminals.”

Big Hat Tip to RVO reader and listener Mike in New Britain for asking that I post this. 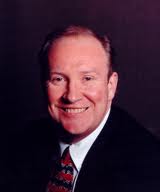