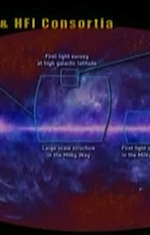 Well, at least somebody is still exploring space. Thanks to the European Space Agency we now can see what the Universe looked like right after the big bang. Doing the work Obama won’t let Americans do … anymore.”

Hopefully you have already read about the swell new mission for our own NASA, an organization that the Obama Administration has, petty much, eviscerated. But here’s the rest of the story. 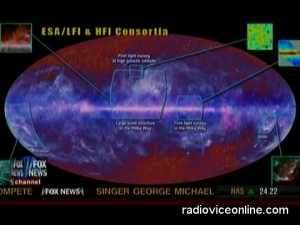 Today the European Space Agency released a new picture from the Plank observatory that shows the very beginning of the universe. “The Big Bang” from a European satellite.

A European satellite has beamed home its first map of the entire sky as seen in microwave light, to the delight of astronomers hoping to catch a glimpse at the earliest days of the universe.

The new sky map from the Planck observatory is the most detailed microwave map of the sky and is a record of the oldest light in the universe, so it could have important ramifications for cosmology – including insights into the formation of the universe 13.7 billion years ago.

Here’s Michio Kaku with the significance.

Fantastic! This is the kind of breakthrough stuff we used to do. BTW, how much did it cost Europe? If my calculations are correct … a billion dollars, US.

The ESA’s Planck Telescope cost 600 Million Euros, and scientists are relieved that the orbiter’s instruments have proven so precise. David Southwood, director of science and robotic exploration at the ESA says the success of the mission will pay huge dividends for the scientific community.