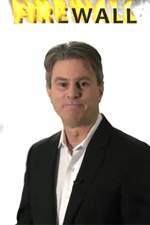 Our featured video in the sidebar for this Sunday morning, Bill Whittle’s next in a series of videos on what the TEA Party – and conservatives – believe in. In a way, Whittle is clarifying a few points for those on the left who don’t listen, or selectively see signs or words and go all freaky on us.

Take it away Bill…

From Ed Morrissey this morning.

[I]llegal immigration and tolerance for it insults those who legallymigrate to the US, a process almost everyone supports.  It also insults the rule of law to offer those lawbreakers amnesty, especially a second time.  Besides, securing the border is one of the few legitimate duties that the federal government has under the Constitution, and perhaps it should focus on doing that right before arrogating other authorities and jurisdictions to itself.

The more things change… Reagan’s “A time for choosing” speech

Yet another black eye for Obamacare
Scroll to top