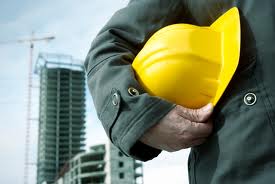 The volunteers who staff the Sissonville, W.Va. Fire Department have been working for more than 16 months to collect donations and government funding to rebuild their fire station after it burned to the ground in Oct. 2010. I know, ironic. After getting an estimate of $1.2 million to build and raising the funds through a variety of sources, the State of West Virginia Division of Labor halted the project since the gig would not pay the state-mandated prevailing wage.

If the job will be done at the lowest reasonable cost with the highest justifiable quality, but union labor is not used … stop the project. The Charleston Daily Mail lets us know the $1.2 million project must cost $1.8 million to meet prevailing wage rules in West Virginia. This is pathetic and certainly is the opposite of capitalism. Normally if your company provides the lowest bid on a contract and meets the specific building requirements detailing quality, service and turn around time you get the job.

But not so much when union management bully the state legislature.

The department has been working to raise money to replace its main fire station since the old headquarters burned to the ground in October 2010.

“We’ve had donations from private corporations, hot dog sales, our 50th anniversary we had a fundraiser, our auxiliary has had sings – you name it, we’ve tried it,” [Sissonville Fire Chief Tim] Gooch said.

“We’re trying to jump hurdles and jump through hoops to trying to get this built.”

After raising funds for a year and a half, the fire department had secured enough money to begin construction on what their bank estimated to be a project that would cost less than $1.2 million.

Gooch said it would be a firehouse suitable to serve the community for the next 50 years.

However, the state Division of Labor ruled that if the Sissonville VFD wanted to rebuild, it would have to abide by state prevailing wage rules for public authorities.

When Gooch got the two bids for the project with prevailing wages included, they both came in with the same price tag: $1.845 million.

Read the full article. Even if the department gave back $50,000 in funding provided by the state legislature, they had to pay. They could not use free labor provided by the community.

State-sponsored Union Labor Rules: Sucking the spirit out of America day after day.

Williams reminds us: Manufacturing productivity has doubled in 25 years
Scroll to top