Rick Santorum had a very good night in Colorado, Minnesota and Missouri. As a matter fact, I don’t think the result could have been better. Will there be momentum?

From the Washington Times, with my emphasis in bold.

Rick Santorum clobbered Mitt Romney in a head-to-head match-up in Missouri’s non-binding primary, easily won Minnesota’s caucuses and snagged a close victory in Colorado’s caucuses in a clean sweep Tuesday that once again rewrote the story of the Republican presidential nomination battle.

None of the three contests leads immediately to any delegates being awarded toward the nominating convention in Tampa, Fla., this summer, but Tuesday’s results suggest a strong pool of support for Mr. Santorum and highlight dangers going forward for Mr. Romney, who had by far his worst showing of the campaign.

Mr. Santorum said he was able to win on Tuesday because Mr. Romney didn’t commit millions of dollars to negative attack ads in these three states. Mr. Santorum said that leveled the playing field. 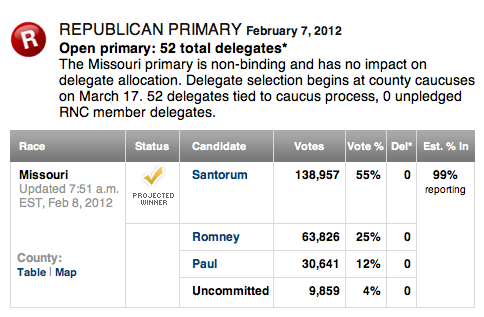 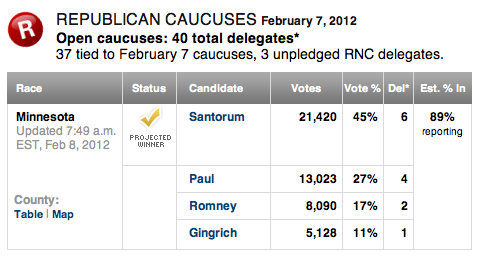 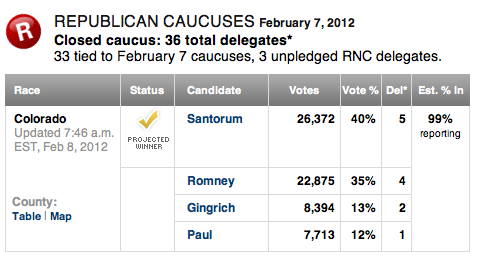 Let me point out: Santorum has suggested no new laws concerning pornography

Mexico asks US to bring back federal “assault weapons ban” –...
Scroll to top