Years ago when the global warming team realized the globe was not warming, they made a dedicated and complete marketing campaign change. They changed their tag line from global warming to climate change. Again, this was a marketing decision. Instead of heating up, the world would experience more extreme weather. Not even that is happening.

Our friend John Hinderaker over at Powerline points us to a presentation by Dr. John Christy, a professor of Atmospheric Science and Director of the Earth System Science Center at the University of Alabama. In other words, he’s a climatologist the main stream media will ignore since he’s pointing out the media is being totally foolish about weather extremes. In late May, Rep. David McKinley (R-W.Va.) invited Christy along with other scientists to a conference dedicated hosted an un-biased climate change conference. Both sides were represented, and there were no limitations. McKinley was looking for common ground during this three hour debate.

Since you already get one side of the debate from the media and the Weather Channel, here are the main points from Christy’s presentation and a couple of slides.

How do these graphs match up with the stories the media is telling you about storms getting more frequent and more severe? You know that’s what they are doing, hyping up the storms to keep you tuned in so they can make more money in advertising revenue. Just like anything else, follow the money when it comes to the “science” of climate change in the media as well as in the science field … which runs on grant money. 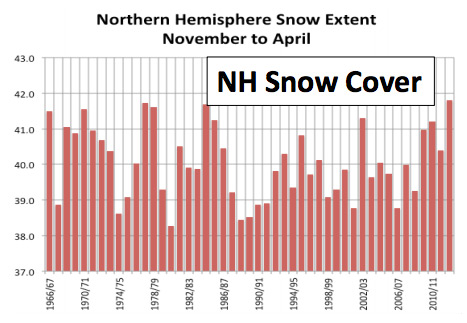 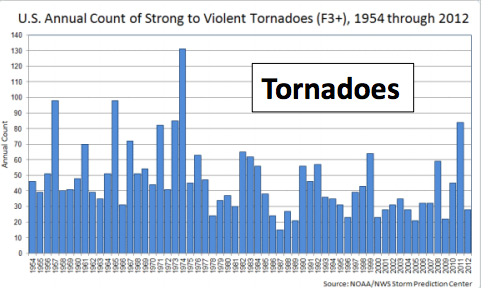 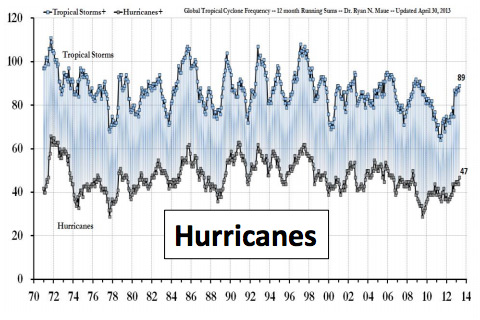 Read more here. Then watch the news report from WBOY Channel 12 in West Virginia, a two minute overview that told you absolutely nothing about what was discussed at the conference. The online article told you nothing at all either. Wonder why?

The children vs. global warming

Sen. Feinstein “these oaths mean something”
Scroll to top