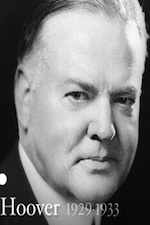 It really is depressing. The good news is unemployment drops to 9.5%, the bad news is, the job market lost another 125,000 jobs.

Total job losses were  about 25,000 more than the ADP survey this week predicted. Yes the unemployment rate fell to 9.5% but that’s mostly the result of people throwing up their hands, and quitting the job market.

The report was the latest sign that the economic recovery may be faltering.

“Overall what this does is it reinforces the market’s view that the U.S. recovery is losing steam,” said Greg Salvaggio, vice president of trading at Tempus Consulting in Washington.

The really bad news come when you count those folks who have given up, the unemployment rate jumps a bit.

Here’s another not unexpected tidbit in the report. The private sector continues to hire, albeit, not very much, and clearly not enough to keep up with the labor market. It’s the public sector that shed jobs,.

Private hiring rose 83,000 after increasing only 33,000 the prior month, the Labor Department said. But nonfarm payrolls, dropped 125,000—the largest decline since October—as census jobs fell 225,000.

Here’s the bottom line on this report. The private sector continues to created jobs, but the pace is so anemic that it’s barely making a dent in total US employment. These kind of gains are not unexpected after an economy hits bottom. Companies continue to look for new employees but only where its absolutely necessary.

But economy needs to create 200,000 to 300,000 jobs each month to keep up with new people entering the work force, and put people out of work, back to work. And I actually think that number is understated because it counts on older workers leaving the workforce, which in this recession, is not happening.

The economy needs to add around 125,000 jobs each month just to keep pace with new entrants to the work force and analysts believe that it will take several months with gains 250,000 jobs or more to really put a dent in the unemployment rate, Schlesinger reports.

As Jim Hoft points out … it’s the worst since Herbert Hoover. Heh!

Blame for the current unemployment rate

Good news unemployed workers … unemployment checks are as good as a j...
Scroll to top