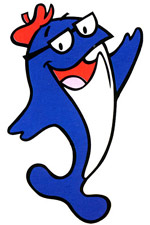 Last week, Steve did a post on the effects of the federal government’s recent requirement that businesses in American Samoa must pay employees the federal minimum wage.  In 2007, Chicken of the Sea closed it’s plant, laying off some 2000 employees, and in May of this year, Starkist announced that it will lay off between 600 and 800 employees.  Given the size of American Samoa, that’s a large amount of workers.

So, when I saw an article in today’s paper about the federal government trying to fix the situation, I thought, great, the government will loosen the minimum wage standards in Samoa.  After all, the General Accountability Office found,

that worker support for the minimum wage had ‘dwindled’.  Samoan workers apparently would rather have a secure job at $3 or $4 an hour than no job at $7.25 per hour.

If you, too, were cheering this change of heart, read on.

Starkist is operating at a loss, so, taking advantage of a business tax credit to remain in American Samoa is of no value to it.  Instead, tucked inside yet another democratic spending bill, Congress has added an $18 million give away to American Samoa.

Without this money…Starkist will be forced to close it operations in American Samoa and, if this happens, the Territory’s economy, which is barely hanging by a thread, will collapse.

So, rather than fix the law that caused the problem to begin with, the government’s solution to everything seems to be to pass yet another law (using your tax dollars) to minimize the damage caused by the first law.

What a brilliant idea.

More demands by Democrats for a higher minimum wage (yawn…)

The economics of the minimum wage

Minimum Wage… President Obama, where does the extra $3 come from?