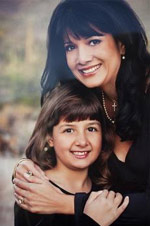 I was not tempted at all to jump into posting as events in Tuscon, Arizona unfolded Saturday afternoon. It was time for quiet reflection to remember those killed and injured, as well as those who stepped up to help immediately after the shooting and the first responders.

During the past 36 hours or so, we’ve heard plenty of stories about the victims who were shot outside the Safeway store as they passed by or waited to meet with Rep. Gabrielle Giffords (D-Ariz.). It was horrific. Although I only watched about three minutes of news coverage yesterday, I occasionally monitored the unfolding story via Twitter and the newsreader on my iPhone.

In general, I was speechless. Of course, like everyone else I had all of the normal who, what, where, when and why questions running through my head. My thoughts at the time really didn’t matter … the people matter.

Christina Taylor Green was born Sept. 11, 2001 and was recently elected to her school’s student council. She sounds like a great kid who will be missed. Parents losing a child is probably the most deviating thing imaginable, yet both of her parents seem strong and proud. Along with being interested in government, she was the only girl on the local Little League team.

Those who knew Christina Taylor Green said the precocious 9-year-old’s interest in government was the reason she attended the event Saturday that left five others dead and Rep. Gabrielle Giffords gravely wounded.

“She was all about helping people and being involved. It’s so tragic,” her mother, Roxanna Green, told the Arizona Daily Star. “She went to learn … and then someone with so much hatred in their heart took the lives of innocent people.”

Gabe Zimmerman was 30 years old and recently engaged. As an aid to Rep. Giffords, he was the staff member who set up the meet-and-greet at the Safeway. He had a knack for connecting with people.

“Gabe was unfailingly patient with people. He presided over thousands of constituent cases,” Karamargin tells the Times. “He was helping World War II vets get medals, people with Medicare benefits, veterans with benefits issues. These are the types of things day-in and day-out he did, and he was determined to just do the best he could. He worked hard, he really worked hard.”

Federal Judge John Roll was a good friend of Giffords and attended the meeting to say hi and discuss violence along the Arizona border. Michael McGown writes…

The other strong memory I have about John was his eagerness to complete his assigned lectures and swiftly return home to Arizona and his family, to which he was dedicated. A husband and father first and foremost, John was also a strong man of faith, and during the five years that we worked together, a good friend to me.

Pastor Dorwin Stoddard, 76 died while shielding his wife from the gunfire. His wife Mavy was shot in the leg multiple times and will recover from those physical injuries. From the Washington Post…

“They normally go out to breakfast every Saturday,” said their pastor, the Rev. Mike Nowak. On this Saturday, Mavy told Nowak, she had wanted to tell their congresswoman that she was doing a good job.

Dorothy Morris went to the meet-and-greet with her husband George who was injured himself. Dorothy died at the scene. Dorothy and George were high school sweethearts and married more than 50 years.

The couple were Reno High School sweethearts, according to the Gazette-Journal, and have two daughters, Kim Hardy and Tori Nelson, who live in Las Vegas.

Neighbors said the Morrises moved to Tucson more than a decade ago from Nevada. Dorothy was a secretary and homemaker; George, who was shot in the shoulder, is a former pilot for United Airlines and the Marine Corps.

Phyllis Scheck, 79 also died, but I have not been able to find much in the news stories about her.

Fourteen others were severely wounded. Seven of them include:

Take the time to remember those on the scene who were strong people. Some tackled the murdering bastard and held him down, some stepped forward to help the injured and dieing. Their efforts – along with the hundreds of first responders who saved the lives of I’m sure a few – should not be forgotten.

Early tomorrow morning, I’ll post some thoughts about the knee-jerk reaction by many bloggers, media-types and politicians during the past day and a half.

For those of you who sent e-mails and made – what I consider to be – snide remarks in the comment sections of other posts (most never were published) wondering why Jim and I were not posting after the tragedy in Tucson, let it be. This site is not generally for breaking news. Saturday and Sunday just happened to be days where travel, family and other responsibilities took precedence.

I’m certain Jim will be covering the topic tomorrow morning on the big show, so we’ll see you all tomorrow.

Will California "boycott" the energy they get from Arizona?
8 replies

A father grieves: John Green talks about his daughter killed in the Tucson ...
Scroll to top