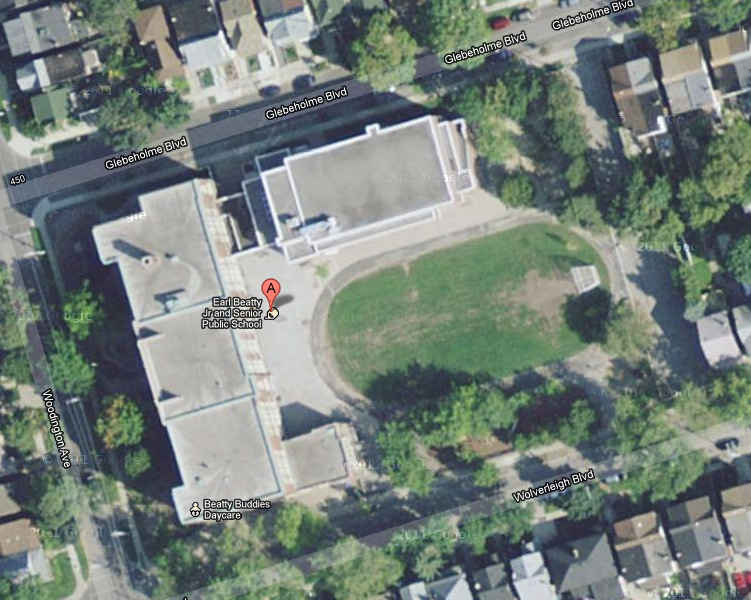 After an incident where a parent was hit by a soccer ball and suffered a concussion, the principal at Earl Beatty Public School in Toronto has temporarily banned all “hard” balls from the school playground. As mentioned in the headline, lawn darts and other sporting activities including the javelin throw were not outlawed.

It’s kind of a fun story to write about so what the heck. Of course, commentaries are hitting on all of the missed opportunities like sharp pencils, heavy backpacks and famously dangerous monkey bars, but I’ll take a different approach.

The story is the school yard is too small to handle activities. At least that’s how the principal explains the temporary ban.

The principal of Earl Beatty Public School banned the balls this week after a parent recently suffered a concussion from being hit in the head with a soccer ball.

“Kids were coming in complaining of injury, or being scared,” she said.

The ban went into effect two weeks ago. …

Anna Caputo [a spokeswoman with Toronto District School Board] says the school — which has almost 350 students from junior kindergarten to Grade 8 as well as a daycare for younger children — has a very small yard and there have been other injuries. 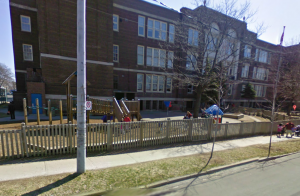 On to Google Maps! I could only find one Earl Beatty Public School in Toronto. Not that I expected to find more than one, but I wanted to do my best to ensure I had the right place. The school seems to be a junior and senior public school, with a small playground at the northwest corner of the property near Woodington Ave. and Glebeholme Blvd.

The image is courtesy Google Maps and shows what I would consider a very small playground for 350 kids. Much too small in my opinion.

So, what’s in the back yard of the school?

How about a full soccer field surrounded by a track! Did the principal really ban soccer balls and other hard balls from school grounds that actually had a soccer pitch on the property?

Look, I’d be fine with banning throwing a baseball around in a small area or inside a classroom, that’s common sense, but how can 2,500 square meters be defined as “a very small yard?” I don’t know how it works over there, but when we got artificial turf in Denver, us kids loved it and you probably could not get us off the field.

Maybe all 350 kids are forced to share the small playground …. if that is the case, the simple solution is to allow them to play in the back yard of the school. 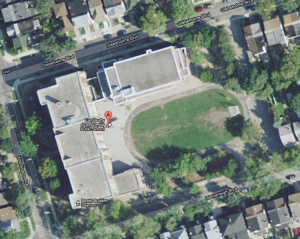