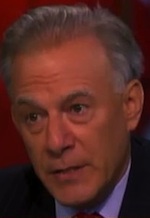 I kid you not. First we have David Ignatius of the WaPo who thinks the President showed great courage in defending the mosque being built at Ground Zero. Damn the sensitivities of the 9-11 families and the people of New York. It’s about the first amendment. Even better … Reuters reporter Chrystia Freeland says the President did a great job defending a fundamental principal of this country … private property. Meanwhile the Department of the Interior is in the middle of one of the biggest land grabs since Teddy Roosevelt.

Let me be clear, do they have the right to build it? Sure. Should they? Well it’s not exactly bridge building is it?

Good To Know: Another Biden Moment

Olympics to … NOT Chicago, but Rio

Boehner: There will be no tax increase … on anyone
25 replies

Do we still know the freedoms intended for us by the founding fathers? UPDATE:...
Scroll to top