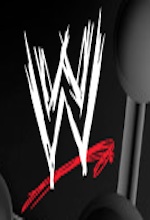 I’m sorry. This is starting to become side splitting fun. In what, may be the most awesome event in our election lifetime, Vince McMahon has struck again. Game on. Your move Richard.

This from WTNH, and I really need to add nothing:

Following a court fight over voters’ rights to wear WWE clothing at the polls, CEO Vince McMahon now says the company will be handing out free merchandise on Election Day …

“I can’t think of a better way for WWE fans to celebrate their constitutional rights and freedom of expression while voting than to proudly wear the WWE merchandise that Connecticut Secretary of State Susan Bysiewicz attempted to prohibit from the polls,” said Vince McMahon in a written statement.

WTNH is reporting that McMahon didn’t say where he would be handing out the WWE merchandise but he said it would NOT be within the 75 foot limit of the polls.

Just to recap … The Democrat Secretary of State ruled a week ago that WWE wearing voters would likely be turned away from the polls under a law that prohibits wearing campaign paraphernalia within 75 feet of the polls. Vince McMahon, Linda’s husband, never to back away from a fight, sued the Secretary and a court ruled in his favor saying the merch did not fall within restrictions.

This is just, as Ed and AP would say, awesomely, awesome. You go guy. And put me on that list for a T shirt.

Correction: (Steve) The WTNH post currently says merchandise would not be sold within 75 feet of a polling place. Jim’s original post said WWE would be selling stuff within the 75 feet.

Vicevich Rant: You want steroids? I’ll give you steroids.
6 replies

Dan Mitchell sends warning to GOP – Cut spending or get run out of to...
Scroll to top