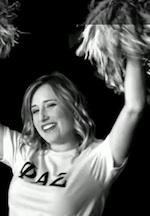 This You Tube video has gone viral … it features the very middle class and somehow very … ummm … sexy suburban mom and a very plain dad that Toyota has used to boost sales of the Sienna. Well it’s working … and the hip hop take off is very entertaining and funny. Good for Toyota. Who knew that being a suburban housewife could be so appealing?

AOL, one of our advertisers, did a pretty nice breakdown on this … how the campaign started, the bottom line results … and … sorry to burst the bubble … the actors who do the commercial. Sigh! I thought they were real.

Sienna sales have been up dramatically since April, though whether the ad spot — which was posted to YouTube on May 2 — had much to do with that is questionable.

Drummond, who grew up in Sonoma, CA, and is pregnant with her first child, says she’s just bought her own Toyota for her growing family. Though its a new Rav4 rather than a Sienna, she’s “madly in love with it.” She’ll step up to a Sienna when the time is right, she says, “Or if I have twins.”

Drummond says she landed the spot by auditioning in Hollywood. She really wanted the gig, as she knew the commercial’s director, Jody Hill, and his work with musical collaborators Black Iris Music.

The campaign continues and “Mom” has become a star. Hey … Toyota … how a about a 50s guy with blotchy skin who needs to save money going to and from his very popular, audience growing radio show. I can’t rap … but I do play the violin … badly.

Barney Frank wants a redo on Fannie and Freddie: That was then, this is now
Scroll to top