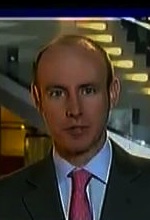 EU MP Daniel Hannan is talking about Europe after a generation of state sponsored sloth … but it is what awaits America. Good video.

Hannan is perhaps one of the most outspoken and quite possible the most conservative politician in Europe and so he tends to call it like he sees it. Asked by Neil Cavuto to explain why the French would protest so vociferously an increase in the retirement age from 60 to 62, Hannan says Europe, by taking control and making citizens dependent on the state for everything has been turned into spoiled children.

But this opinion is just that until it is viewed through the perspective provided in this video. Eric Gilley, French labor rep:

Meanwhile in America … the people of this country are demonstrating too, which Hannan thinks is a stark contrast.

Which group wins out is critical to this country’s and the world’s future, don’t you think?

The weed of socialism…

Another Czar, Another Radical

Juan Williams fired from NPR – “When I get on a plane … Muslim...

Jim DeMint: The GOP had better behave … you betcha!
Scroll to top