So painful is this segment from White House Press Secretary Robert Gibbs regarding the White House sudden reversal about the release of detainee photos that I figured if I had to watch it … so do you.Let’s see … the President in April said that after careful review with Justice, the White House would declassify photos of alleged abuse of detainees in Iraq and Afghanistan.

Today the President after consulting with Defense and Justice, has decided that releasing the photos would be counterproductive and endanger the troops. Promise expired, but good this time.

But that won’t sit well with the left … sooooo … there was this additional explanation for not releasing the photos … anyone want to translate for me … cause I just have no idea what the heck he is talking about.

Interestingly once again Bush is brought up. The President reminds us from the get go this is Bush’s case. And when Gibbs was asked why the sudden reversal from the April decision to release the photos, Gibbs reminded reporters that they got the case from the last administration. Our people at Justice think we can win the case in court now(and block the release of photos), he said, where the last ones could not. Another variation on “Bush’s Fault.”. Should be a TV series at this point. 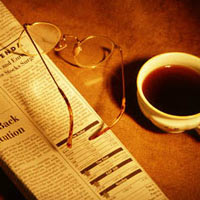 In Norway, “isolation is torture” for mass murderer

Gibbs: On second thought, yeah, we could lose the House

Is waterboarding torture or not?