This article caught my eye, though I’m still not sure why.  It seems troubling on several fronts, so, hopefully you can help me out.  Approximately 275,000 nonprofit organizations, lost their nonprofit status with the IRS earlier of  this year.  To explain, let me begin, as they say, at the beginning.

Until 2006, nonprofit organizations with less than $25,000 in annual revenue did not have to file what is known as an “information” return with the IRS.  In 2006, as part of the Pension Protection Act, (why it is in a bill with that label can be known only to the drafters), Congress demanded that all nonprofits, regardless of their revenue, must file an annual information return, and, if they did not do so for three consecutive years, they would lose their nonprofit status.

The three year deadline, after various extensions by the IRS, expired in January, 2011, and, as a result, some 18% of all nonprofits in this country lost their nonprofit status.  Shortly thereafter, the IRS released a list of those who were no longer deemed nonprofit per the IRS.  As would be expected in any undertaking of this magnitude, there were mistakes.

The George Washington University was wrongly listed as having lost its exemption.  There were mix-ups with tax identification numbers. And the list could record only so many characters in a group’s name.  So if a local post of the American Legion had closed its doors years ago or simply neglected to file, it often showed up simply as ‘American Legion,’ tainting all Legionnaires nationwide.

Many smaller charities were unaware of the new legislation, though, ignorance of the law is, as they say, no excuse.  So, the IRS has reduced the filing fee for any organization seeking to regain its nonprofit status.  But, as an example, your local Boys and Girls Club will still need to spend their time, and money (for both filing fees and attorney’s fees) to restore itself as a nonprofit in the eyes of the IRS.  This is money far better spent on the goals of the organization.

Meanwhile, I am compelled to ask, why?

There is no income tax owed by any nonprofit.  Filing an information return by a nonprofit “making” less than $25,000 per year costs the nonprofit money that could be better spent elsewhere, and, costs the taxpayers money paying for the IRS personnel necessary to police this law.

Could someone please explain why the federal government wants to reduce the amount of charitable contributions that actually go to charity?

Does it really matter who the Top 1% are and how much they make? 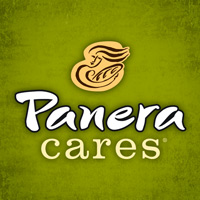 Not Quite Pravda
19 replies

Michelle for President? No, not that Michelle (gulp!)
Scroll to top