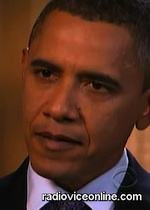 While the President and the Speaker of the House seem thoroughly confused about the massive Democrat losses (both state and federal) two weeks ago, the American public is not.

I thought you might be interested in the following poll results released by James Carville’s (D.) Democracy Corps and Ed Gilespie’s (R.) Resurgent Republic.

Independents share the GOP view that the government is doing too many things better left to businesses and individuals. They trust the GOP more than Democrats on jobs and employment (50%-27%), the economy (48-25), government spending (50-23), the federal budget deficit (53-17), and taxes (54-23). A majority (51%) support extending all the Bush-era tax cuts even after hearing Mr. Obama’s best arguments against extending them for people making over $250,000.

And, were that not enough, 79% of Independents believe that the government is on the wrong track.

With those kind of numbers from the Independents, the election results really shouldn’t surprise anyone.

Lieberman: No … I’m an independent, but I’m against raising taxes.

How to recognize the union tax
Scroll to top