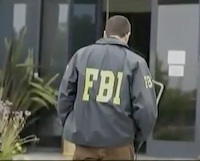 By now were all pretty much familiar with the Solyndra scandal. If not you can go here and here and read these posts by the Sound Off Sister Plus I have included a video on the Solyndra investigation below. But all you really need to know is that this solar panel company, pretty much owned by Barack Obama supporter went belly up and took more than $500 million of your tax money with it. Now it turns out, Solyndra is not the only green jobs company with ties to Obama.

In a report this morning in the Washington Examiner, Tim Carney points out all of the green company handouts  that went to friends of Barack Obama.

Carney has more. Go read it all. But the long and short of it is the green jobs scam is just another way for the political elite to take your money.