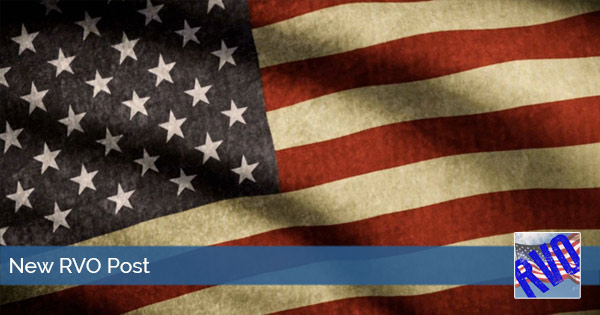 It’s still March and feeling like we’ve been cooped up forever, but we’re in only the first tick of a Wuhan Virus pandemic clock destined to possibly tick on for decades. In comparison to the multiple social, economic, geopolitical and military impacts of 9-11, we are only at the equivalent point in time of impact of the second plane on the World Trade Center.

We are separated and hunkered down to prevent an overrun of our health care system, while the virus is overrunning our lives without physically touching most of us. While we wait for the transmission curve to peak we pray for a miracle cocktail of drugs to mitigate the virulent effects of this nasty invisible invader. Meanwhile, we all know that real protection, a vaccine, is a year or more away. We’ve abandoned our schools, many are locked out of our jobs and we’ve got absolutely nowhere to go in our towns. For most of us, a trip to the supermarket has become the major outing of the week. We are reduced to the pathetic thrill of satisfaction to find a package of toilet paper on a grocery shelf.

Although virulent and highly contagious we know America will get through the pandemic attack. But how will we survive what are sure to be tectonic after-shocks to be driven through our social order, our economy and financial system, our politics, and the very fabric of our free republic? So many clichés fill the airwaves: “what doesn’t kill you makes you stronger; don’t let the cure be worse than the disease; this is no time for politics…never let a crisis go to waste.” They’re not lightly called clichés – there’s a kernel of truth, or more, in them all.

And one thing is for sure – this pandemic seems as potent a wellspring of conspiracy theories as to rival the Kennedy assassination. For all the predictable reasons, our government is unlikely to tell us the whole story of the origin of this particular coronavirus. So, investigative reporters will likely spend years speculating on what happened in Wuhan in the fall of 2019. Mountains of material will be generated about just what was going on inside the walls of the Wuhan National Biosafety Lab within the Wuhan Institute of Virology. There’s plenty of grist for the speculation mills here, and many creative explanations of the outbreak are sure to take hold in the American psyche in the coming months and years regardless of what we are told by our officials.

But let’s examine the lines along which the pandemic’s after-shocks will play out over time.

After our amazing scientific industry tames the virus, when will we shake hands again – will we ever, or will the reflexive outstretched hands of our more seasoned citizens be met with elbows, fist bumps or merely waves from the Millennials and Gen-Zers? Will hugs and kisses be strictly reserved for family members, or retired to a pre-pandemic memory? Surely our personal hygiene habits will be more thorough. Will arenas and theaters put us into every other seat while they plan massive retrofits? Will restaurants rearrange seating with a minimum of six feet between tables? Will they ever reopen self-serve buffet tables? Will food servers and cashiers face us with masks or plastic face shields? Will we ever stack-in at the bars shoulder to shoulder to get a drink – yeah probably. Will we ever pack into the subways again – we’ll have to if we want to get to work.

Sadly some industries, such as retailers, movie theaters and playhouses, and other entertainment venues already struggling against seemingly endless media and online alternatives, will likely shrink significantly. Other industries will be transformed by online collaboration and video technology enabling effective remote working and education.

The university system in particular is in for a virtual tsunami of financial, physical campus and live attendance challenges. U.S. universities have been bloating themselves up on low-interest, government-backed loans and crushing the family budgets of America’s middle class for decades. The virus has forced a long overdue reckoning for these indoctrination mills, and for those of us who value critical thinking, thankfully they will never be the same on the other side of this passage. Online higher education is now reaching critical mass. Corporations will accelerate the hiring of applicants with two-year degrees and specialized training focused on the job at hand. The value of obtaining a BA with a major in gender studies is thankfully about to pass over the horizon. The universities will shortly become incredibly cash-squeezed and likely many will implode before our eyes. Quinnipiac University has already instituted five percent professor and staff salary cuts, and indicated this is just for starters. This is all of their own making – you cannot deny reality forever.

But it is the damage and dislocation to our economy and financial system which will have the most devastating and far-reaching impact on the lives of every American for years after the virus is defeated. The reasons go back to the financial crisis of 2008 and earlier. The sub-prime mortgage rush, accelerated by collateralized debt obligations and “insured” by credit default swaps precipitated a credit freeze in the national financial markets, a cascading stock market crash, liquidity crisis, and unemployment spike rendering the country in a “great recession”. The cascading events petrified the financial elite both on wall street and in government, most of whom saw their personal fortunes evaporating before their eyes.

Rather than go through the financial pain of letting the economy find its rightful, economically justified footing through true “price discovery”, our leadership’s response was to borrow unprecedented sums of money into existence, aka debt, and inject a massive financial narcotic into the U.S. economy. And the narcotic of near-zero interest fiat currency continued to be administered to the system monthly over the ensuing decade. The Fed’s intervention in the overnight repo market is one simple tell. To prevent interest rate spikes the Fed, after QE was ostensibly wound down, began purchases of banks’ overnight repos in quantities of $100 billion per night. The Fed Chair has recently advised these repo purchases may now be as high as $1 trillion.

The result was an unprecedented bubble in government, corporate, consumer and education debt – just waiting for a pin, in the form of a “black swan” event, to burst it all.

The pandemic now seems to be just that event. Rather than have to bear public responsibility and criticism for having created the financial disaster, the Federal Reserve now has the cover of the pandemic to take all the controversial actions it deems necessary to prolong its illusion of a functioning healthy economy. But this time they will not be able to reassemble the pieces. Before March was over the Fed was injecting an additional $4 trillion into the financial system and economy, and Congress was adding an additional $2 trillion of relief and fiscal “stimulus.” Most sober observers have noted this will likely not be enough – there will surely be more to come.

The Fed has been suppressing interest rates through both public QE programs and under-the-radar purchases of bonds and even stocks for over a decade. In so doing they have “managed” the yield curve and inflated stock prices. Now, the Treasury and Federal Reserve are working in concert publicly to enable the Fed to take equity stakes in companies to which it is providing funds – the President and his economic spokesmen have confirmed the equity program in numerous public statements. Trump actually said “we have to get something for the American people for their investment.” It all sounds so compassionate and helpful, but with the federal government taking ownership stakes in American businesses, specifically the airlines and other strategic industries, the government will be setting the foundation to control these markets. There’s a specific, historical descriptive term for such an arrangement – “economic fascism.” Regardless, the nation’s financial picture and its health will look vastly different on the other side of the pandemic.

Men of good faith could theoretically justify such an unprecedented action, but if not reversed, men utterly lacking such good faith most assuredly will eventually follow in their footsteps. As the financial effects of the national shutdown manifest, we will likely see unemployment levels at 20 percent or more as Secretary Mnuchin has already publicly speculated. Such a national calamity will be fertile grounds for spreading the Marxist propaganda and solutions we are certain to see from the Leftist politico-media complex during this fall’s election. In fact they have already been previewed in the Sanders campaign. Being locked down in our houses and emerging to find unemployment levels not seen since the Great Depression is a crisis far too tempting for the American Left to avoid exploiting. And a V-shaped bounce-back full recovery is much more a prayer to the almighty than a rational expectation.

The financial shock waves to come from the government’s reaction to the pandemic will likely shake Americans to their core, and an analysis of their potential awaits a subsequent article. And if you naturally distrust this government’s massive federal bureaucracy, with its regulatory fiefdoms always itching to control more of American society, the cover of the pandemic provides them the opportunity to amp-up surveillance activities to levels of which they’d only dreamed. The busy beavers within the Administrative State will most certainly be developing liberty-restricting “protocols” to use medical emergencies to restrict our Constitutional liberties. New York’s mayor de Blasio has already threatened to “permanently close” houses of worship that do not comply with mandated shutdowns. We’ve already read that there can be apps on your cell phone to alert you when you are approaching people with documented virus cases. The “feature” would be to alert you, but the potential peril is a government tracking it all, which then decides to step in and physically constrain you – just for your own protection of course. Recognition of the Franklin quote about the folly of “giving up essential liberty to purchase temporary safety” is appropriate here. For the “surveillance state” is sure to exploit our current highly vulnerable situation to advance its interests. Do not doubt it – it is simply human nature.

It certainly seems we are in a pivot point in our history. To borrow from the Strauss & Howe book, we have been in a “fourth turning”, since 2008 and we have now entered its “crisis phase”. Unbelievable as it seemed just a month ago we may now be in the biggest national crisis since WWII. Returning to the pandemic clock metaphor, this piece has looked ahead several ticks in an effort to illuminate the tracks along which the major national impacts will develop and play out. Let’s be aware and vigilant in guarding our liberty as events unfold. And we’ll return to assess the state of play after a couple more ticks run off the clock.