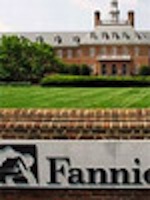 For reasons known only to me, I have been following the attacks launched by the Democrats against Edward DeMarco. In 2008 he was appointed to head the newly created Federal Housing Finance Agency.

His job was to conserve the assets of Fannie Mae and Freddie Mac to the extent he could while the housing bubble deflated to manageable.  After some $2 trillion in extra government spending in early 2009, on the Stimulus Bill and the “Porkapaloza” Spending Bill (all of the spending President Bush vetoed while he was in office), the housing market is the same, if not worse .  And, therein lies the problem.

We told you last week about the Fed (which of course has nothing to do with the housing market), sending a”‘white paper” to Congress suggesting that Mr. DeMarco should stop trying to do his job of conserving Fannie’s and Freddie’s assets, and, instead, start “relaxing” loan standards, and perhaps even forgiving loan principal on Fannie’s and Freddie’s loans.  As this would violate what Mr. DeMarco believes is his job, so far, he has refused.

On Tuesday, they sent a letter to the President claiming that Mr. DeMarco has interpreted his job “far to narrowly” and “failed to take adequate action to help homeowners”.  This is, of course, secret code for “forget saving the taxpayer’s money, this is an election year, and, we need votes”.  And, what better way to get votes than to tell someone that they no longer owe $100,000 on their home, they only owe  $50,000.  The taxpayers will make up the rest of what you agreed to pay.

The plan here is to remove Mr. DeMarco, who is doing his job, and replace him with someone will ignore the  job description, and forgive principal on Fannie’s and Freddie’s loans.  Taxpayers will ultimately have to pay for this largesse, but, this is an election year and, every vote counts.

This is a President who apparently believes he can appoint someone to office when the Senate is having a bathroom break.

Foreclosures set to rise again as banks get their act together

Another housing hole for the taxpayer to fill