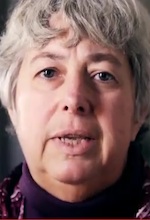 Nothing is sacred when it comes to the mostly Democrat party use of human shields to defend all of their progressive programs, big government. Not Tucson, not Nazi Germany and the holocaust … nothing. The latest edition in this continuing narrative comes from South Carolina, where a progressive group is running a TV ad using a human shield to “save social security”. The problem with this though, as with most human shields, it does not apply to the problem at hand.

The problem with the ad is there is no problem for this woman. Oh, I am sure she wants to retire at 62, but the changes being proposed will not affect this woman. Republican proposals would protect any person over the age of 54 with current eligibility, and in at least one proposal, would not change eligibility until 2075. Remember?

The Democrats willful use of human shields to push and protect a big government agenda is shameless. That is where we need a new civility. No?

Symptom of the Disease: $6.5 billion in SSI disability overpayments in 2009