Ok, so perhaps Jon Stewart and reason aren’t usually two concepts to be held at the same time, but, with so many people treating his comedy program as a source of news and information, it may be time to pay attention.

In the dock is the notion that several of our revered Presidents, in a bit of revisionist history that would make Winston Smith blush, are “war criminals”  (H/T Mark Goldfarb):

It comes at about the 5:50 mark. Cliff May asks Stewart whether Truman’s use of the atomic bomb was a war crime, Stewart ruminates and then responds with an unequivocal “yes.” He’s certainly not the only American who would take that view, but it’s a useful reminder that the most vocal and popular criticism of the Bush administration’s war on terror policies comes from people who, if they were being as honest as Stewart, would also judge Lincoln (suspension of habeas), FDR (internment), and Truman (use of nuclear weapons) as war criminals or tyrants or worse.

Obviously, we have come a long way from the notion that the Constitution isn’t a suicide pact. Click the image to watch. 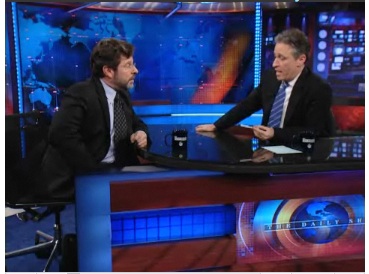 Update (Jim): Jon Stewart has since retracted his statement. Make sure you watch both. But interestingly Stewart has only retracted the statement regarding Truman … not Bush.

Hot Air has the video and good commentary. Click the image to watch the walk back. 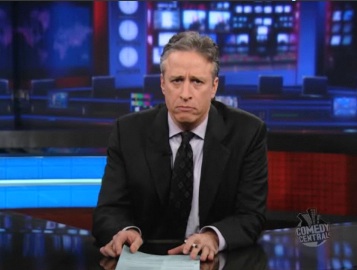 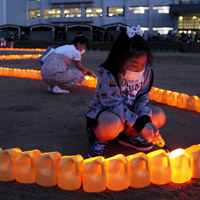