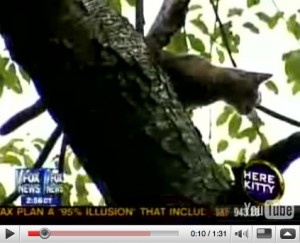 Some 94 years ago Congress passed the Migratory Bird Treaty Act. Pretty much any bird that moves from one place to another is covered by the law. As we told you last year, the Obama administration decided to ignore the plain language of the law and file criminal charges against several landowners because dead birds were found on their property.

Curiously, those landowners just happened to be oil producers.

Last week, the United States District Court for the District of North Dakota dismissed those charges.

Although from the court’s opinion, we are not sure how these birds died, we are left with the impression that the government believed it was the result of the birds encountering “reserve [oil] pits” found on the property.  The charge was that the property owner “took” the migratory bird, because said bird was dead.

The court threw the charges out because, under the government’s theory, you too, could be a defendant if you own a building with windows, a car, or even a cat, and a dead migratory bird is found on your property, or near your car.

Using statistics provided by the U.S. Fish and Wildlife Service, the very agency that sought to bring the criminal charges, the court explained that each year, some 97 to 976 million birds are killed by flying into windows, 4 to 5 million by flying into communication towers, 60 million by vehicles, 72 million by farm pesticides, 33,000 by wind turbines, and, in Wisconsin alone, 76 million by cats. (see page 18 of the decision)

Consequently, according to the court, if you engaged in any of the above legal activities (there was nothing illegal found to have occurred on the defendant oil companies’ properties), then you, too could be criminally charged if a dead bird was found on your property.  Finding this result absurd, the criminal charges were dismissed.

The real question is, why were the charges brought in the first place?

Tax-Exempt Media Matters for America illegally coordinates with Congress (U...