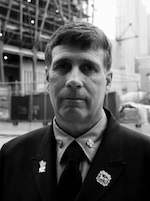 I will not and cannot add anything to this video. Please … never forget. This is why these 9-11 families do not want the mosque built. Building bridges begins with being sensitive to these families.There is nothing unreasonable or Islamophobic here.

UPDATE: Mischief in Manhattan. Here is the article that our RVO listener Jim called about:

New York currently boasts at least 30 mosques so it’s not as if there is pressing need to find space for worshippers. The fact we Muslims know the idea behind the Ground Zero mosque is meant to be a deliberate provocation to thumb our noses at the infidel. The proposal has been made in bad faith and in Islamic parlance, such an act is referred to as “Fitna,” meaning “mischief-making” that is clearly forbidden in the Koran.

The Koran commands Muslims to, “Be considerate when you debate with the People of the Book” — i.e., Jews and Christians. Building an exclusive place of worship for Muslims at the place where Muslims killed thousands of New Yorkers is not being considerate or sensitive, it is undoubtedly an act of “fitna”

Daisy Kahn: The mosque will be built and by the way … you’re all Muslim haters

The Wizards of Smart speak out: Obama showed courage on Ground Zero Mosque

Senator Jack Reed on Ground Zero Mosque: For the first amendment before he’s agin’ it.
35 replies

Barney Frank wants a redo on Fannie and Freddie: That was then, this is now

It’s over
Scroll to top