Michelle Malkin has a good column out this morning revealing what is happening right now in the civilian trial of Aafia Siddiqui, accused of attempted murder and assault of U.S. military personnel in Pakistan. Yes, she was caught in Afghanistan and brought back to America to face trial.

Mind you, almost nobody knows who this nutcase-scientist is, but it’s not for a lack of trying. From Malkin’s syndicated column today. Please do go read her full column, but here’s a taste. 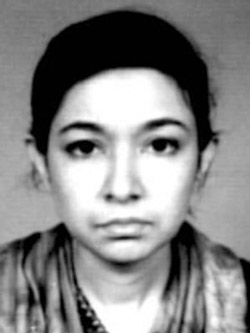 She’s an accomplished Karachi-born scientist who studied microbiology at MIT and did graduate work in neurology at Brandeis University before disappearing in the wake of the 9/11 attacks.

Siddiqui was identified as an al Qaeda operative, financier, and fixer by no less than 9/11 mastermind Khalid Sheikh Mohammed during U.S. interrogations. Al Baluchi is KSM’s nephew. Mohammed reportedly enlisted Siddiqui in a Baltimore-based plot to bomb gas stations, fuel tanks, and bridges, and poison water reservoirs in the greater Washington, D.C. area.. Siddiqui was taken into custody in Kabul in July 2008 after attempting to shoot U.S. military interrogators and FBI agents.

So Steve, what kind of theater are we talking here? We’ll, for starters…

That’s just the beginning of what’s going on in New York City right now. There is so much more including a defense she’s a nutcase. No kidding?

Just imagine what a KSM trial will be like … even if it’s not held in New York City.

KSM terrorist trail may be moved out of New York CityTaliban reminds west: We’re radicalized Muslims and don’t want your...
Scroll to top