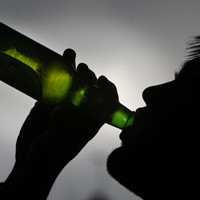 I’m pretty certain conversations and displays of outright stupidity occurred in the 1950s and 1960s, but now we’ve got instant video publishing allowing Internet browsers the ability to hear and see pretty disturbing stuff. A video has surfaced of a high school teen and friends discussing the ongoing (or recent) rape of a 16-year old girl.

If the event was ongoing in a different room or location, what does it say about these particular teenagers since they obviously did not report the situation or try to stop it? We can ask if alcohol triggered the entire event and certainly alcohol may have been part of the problem, but don’t you think we should be looking at how our society, families, and moral relativism has changed America?

In Ohio, they are talking about the high school football culture and the rape. From the New York Times on Dec. 16, which depicts the end-of-summer high school parties in Steubenville.

Some in the crowd, which would grow to close to 50 people, arrived with beer. Those who did not were met by cases of it and a makeshift bar of vodka, rum and whiskey, all for the taking, no identification needed. In a matter of no time, many of the partygoers — many of them were high school athletes — were imbibing from red plastic cups inside the home of a volunteer football coach at Steubenville High at what would be the first of several parties that night.

If these parties are so well-known, why is law enforcement not stopping them? Maybe it has to do with the high-profile football culture? Maybe there are not enough law enforcement officers available to get the job done? Maybe the parents preach the no drugs or excessive drinking line while knowing it happens on a regular basis? Heck, I was no saint in school but I never even imagined this happening … it’s not just the fault of booze. That morning …

… some people in and around Steubenville had gotten word that the night of fun on Aug. 11 might have taken a grim turn, and that members of the Steubenville High football team might have been involved. Twitter posts, videos and photographs circulated by some who attended the nightlong set of parties suggested that an unconscious girl had been sexually assaulted over several hours while others watched. She even might have been urinated on.

In one photograph posted on Instagram by a Steubenville High football player, the girl, who was from across the Ohio River in Weirton, W.Va., is shown looking unresponsive as two boys carry her by her wrists and ankles. Twitter users wrote the words “rape” and “drunk girl” in their posts.

Rumors of a possible crime spread, and people, often with little reliable information, quickly took sides. Some residents and others on social media blamed the girl, saying she put the football team in a bad light and put herself in a position to be violated. Others supported the girl, saying she was a victim of what they believed was a hero-worshiping culture built around football players who think they can do no wrong.

On Aug. 22, the possible crime made local news when the police came forward with details: two standout Steubenville football players — Mays, 16, from Bloomingdale, Ohio, and Ma’lik Richmond, 16, from Steubenville — were arrested and later charged with raping a 16-year-old girl and kidnapping her by taking her to several parties while she was too drunk to resist.

The nearly 13-minute video posted on YouTube consists mostly of one teenage male hysterically laughing as he entertains an unseen cameraman and others in the room with remarks such as “They raped her harder than that cop raped Marcellus Wallace in ‘Pulp Fiction’,” and, “They raped her quicker than Mike Tyson raped that one girl.”  …

The video, which has more than 100,000 total views, appears to have been recorded on the night of the incident. One male recalls seeing the girl vomit, and more than one of the males refer to “that girl” as being drunk. So drunk, apparently, that the teen on whose face the video camera is focused cracks himself up joking that she is “so dead.”

“She is deader than Trayvon Martin,” he laughs, referring to the Florida teen killed in February 2012.

The teen also makes remarks implying that he may have witnessed at least some of the incident: “You didn’t see how they carried her out,” he says. And: “They peed on her, that’s how you know she’s dead.”

And also: “She is so raped right now.”

Say a prayer for this girl.