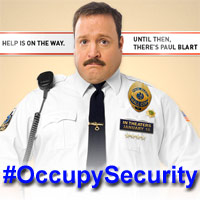 But apparently, the dozens or so Camp Alinsky Kids at Occupy Baltimore need one. I’ll be the first one to point out many of these vignettes – be them video or written – posted by bloggers across the country might represent a small portion of the Occupy community, but this is just bizarre, and I’m getting more convinced it’s the majority.

Scroll down for an update..

Derek Hunter over at Big Government took a walk yesterday and found a piece of literature on-site that detailed a security statement for those participating at Occupy Baltimore. My goodness, you’d think that current laws on the books would be enough to cover every possible contingency at such a multi-day, long-term protest gathering, but this crowd needs rules for everything, since they are statists, liberals, communists and socialists after all.

Everything needs to be over-regulated with tons of written documentation. OK fine. What harm could be done?

[S]aying you’re against “sexual abuse and assault” isn’t controversial, but do you really have to say it? Why isn’t it understood? As it turns out, that’s just the beginning of the weird. The entire “Security Statement” is about sexual assault and abuse.

Sexual abuse or assault at Occupy Baltimore is in violation of our values, and will not be tolerated. It is an explicit policy of Occupy Baltimore to prohibit abuse by any members of the community upon another person. Violation of this policy will result in the abuser no longer being welcome at the occupation.

So sexual abuse or assault are against “explicit policy” and will get you shunned? What about arrested? Those things are crimes, after all. Shouldn’t Occupy Baltimore, like every other group or individual, encourage people to contact the police to get these predators off the street? You’d think so, but you’d think wrong:

Though we do not encourage the involvement of the police in our community, the survivor has every right, and the support of Occupy Baltimore, to report the abuse to the appropriate law enforcement.

So if someone were sexually assaulted, a horrible experience, they wouldn’t be discouraged to contact the police, the “occupy community” would rather handle it internally. That’s just perverse.

So if you’re attacked, stay calm and contact one of your community leaders … and if you really want to, contact the cops. But look, we’ve got 19-year old volunteer councilors here with us on staff to help you, and if we find him guilty, we’ll kick him or her out of our tent city and send him home to his or her parents house.

Go read the full post, along with a scan of the security statement over at Big Government.

Update: CBS Cleveland reports an alleged sexual assault and “kidnapping” happened inside of a tent at Occupy Cleveland over the weekend. Ugh. In my opinion Jim Hoft went overboard with his headline associating this attack with Obama, but here’s a snippet from CBS.

According to police reports, the 19-year-old student was instructed by “Occupy Cleveland” personnel to “share a tent with the suspect due to a shortage of tents.” The suspect identified himself as “Leland” to the woman. The woman told police that after she had thought the suspect went to sleep in his own bed, she slept in a sleeping bag provided to her by the rally.

The student went to school Monday and told a teacher about her sexual assault incident in Public Square — which is being classified as “kidnapping/rape” — prompting the teacher to immediately contact the authorities.

Let’s take a different approach than Jim Hoft shall we?

What it comes down to is this; it’s an alleged crime at this point. That said, for some reason it sounds like organizers thought it was completely appropriate for a 19-year-old girl to bunk with a man she did not know. Organizers most likely did not know either of them. These “organizers” have little common sense, but seem to be able to effectively brainwash other kids who are looking for role models.

Isn’t that a problem? Should we consider the social aspect of these protests? Was the girl attending the overnight protest on her own? Was he attending on his own?

Does the Internet and the #Occupy hashtag give a false sense of security to those who attend these events as they assume they will be protesting and living with good people who are of the same mind? 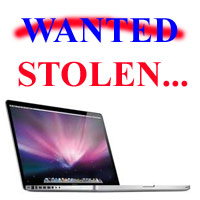 Someone else really needed that $5,500 Mac - OWS theives
17 replies

Someone else really needed that $5,500 Mac – OWS theives