You are here: Home / vacation

The Obama administration seem to be grasping at straws.  Clutching and clawing at any idea to keep the White House
out of the hands of  former Governor Mitt Romney.  Amid the scandals of the Secret Service, lets be clear that there have been
incidences under prior administrations, George W. Bush and even Bill Clinton. END_OF_DOCUMENT_TOKEN_TO_BE_REPLACED

Regardless of how I feel about Romney, the drubbing he received for his now infamous bet of $10,000 with Rick Perry during one of the debates was pretty typical of how Republicans, particularly wealthy ones, are treated in the press.

What is also typical is how the latest royal vacation of Øbama and family is reported.  In this time of record unemployment and weak economy, the Øbamas (separately again, at great extra cost) have embarked on yet another vacation in Øbama’s (alleged) birthplace, Hawaii.   According to the Hawaii Reporter, the cost of the 17 day foray has climbed to an estimated $4,113,038!  This is based on known costs, and the article lists several more costs that the WH will not release figures for.  Let’s not forget that Bush was constantly criticized by the left for the roughly $225K it cost to go to boring old Crawford, TX.   I think Camp David should be excepted, as it is the official “vacation” residence of the president.

Just like you, right?  How much did the last vacation you took (assuming you could afford to) cost?  It’s only fair that we know, since we are footing the bill.   No matter where Romney goes, or what he pays, the bottom line is that it is HIS bottom line, not ours.

Another question is: what is wrong with the mansion in Chicago?  Wouldn’t it be nice to go home for Christmas?

Øbama should be more cognizant of the difficulties the people that are paying for his extravagant vacation are going through, and tone down the elitist “living large” image he is projecting.  On our dime.

Who is really “out of touch”?

Nobody seems to be addicted to this blog anyway – but just to let you know, I’ll be on vacation through July 15. I’ll have limited access to the Internet – God forbid – and won’t be able to post or edit too much.

I’ve turned on comments for the site so you do not have to register to post. That said, your comments will still be moderated, especially if you do not register. I should be able to approve comments via my BlackBerry International Service… sounds so damn official.

Thanks to those who have contacted me about contributing to this blog. I’ll get back to you ASAP.

Have a great Fourth of July weekend.

Can you guess where I’ll be? 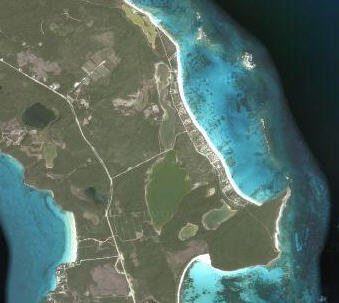