You are here: Home1 / Richard Blumenthal

Not surprising. Either one. But at least it tells me a little of that “ye ole yankee spirit” lives in this deep blue state. But I’m still not sure how you can rate Obama so poorly on healthcare and the economy and send another professional Democrat back to Washington. END_OF_DOCUMENT_TOKEN_TO_BE_REPLACED

Please. Stop. Just stop it. I’m not stupid. I know me Lucky Charms are not magic. I know Frosted Flakes are not …”Greaaaat” for you. I know Count Chocula isn’t a real monster and Tricks aren’t just for kids. Stop it pleaseeeeee.

The federal government is wading into the supermarket aisle, making its first effort to provide better nutritional information on food products since it developed the black-and-white Nutrition Facts label 15 years ago.

Margaret A. Hamburg, the commissioner of the Food and Drug Administration, said Tuesday that shoppers are bombarded by slogans (“Heart Healthy,” “Good for You,” “A Better Choice”) on products and that the government needs to set standards and knock down spurious claims.

“As a mother of two who frequently finds herself racing down the grocery aisle hoping to grab foods that are healthy for my family, I would welcome the day that I can look on the front of packages and see nutrition information I can trust and use,” she said. “As the commissioner of FDA, I see it as my responsibility, and the responsibility of this administration, to help make that happen.

I do  not and neither does one of my talk show idols Hugh Hewitt:

What there is is a new push for nanny-statism that boggles the mind.  Read the Times and Post stories closely, and you will see there FDA representatives fairly straining to break out into full “big brother” mode and regulate every food package in America.

Oh … and says Hugh, a practicing attorney himself … think about the law suits:

The problem isn’t just the FDA of course, but also the legions of plaintiffs’ lawyers who need a replacement for cigarette and asbestos plaintiffs.  Imagine the vista that is opening before them as they consider suits for damages brought against makers of all sorts of food products which can be alleged to have contributed to Dick’s and Jane’s diabetes developing at age 10 due to chronic obesity.  The jury will be presented with the FDA’s statements and experts will testify on how the Fruit Loops fairly lept from the shelves into the mouths of children everywhere.  Cha-ching.

Update: Catch that little green guy … don’t worry … they will.

Today, the state of Connecticut got permission to grab the bottle deposit money that was held in accounts by distributors and drop $6 million into – what I presume to be – the state’s general fund.

The Hartford Courant has the story and my questions are below.

The state won a court battle Wednesday that paves the way for the collection of $6 million in unclaimed bottle deposits that had been held by beer and soda distributors.

The distributors had sought an injunction in state Superior Court in Hartford to block the retroactive seizure of the deposits that the state was seeking to collect.

“I am pleased that the court agreed with our argument and denied the bottlers’ injunction request, allowing the cash-strapped state to begin collecting about $6 million in unclaimed bottle deposits tomorrow and millions more in the future,” said Attorney General Richard Blumenthal, who personally argued the case last week in court. “The statute enabling collection of these funds is clearly valid and enforceable.  These unclaimed deposits now sitting in distributor bank accounts truly belong to consumers and taxpayers, not to the companies.”

First, I agree with the attorney general, the unclaimed bottle deposits belong to the people, but the $6 million will not be given back to the people, it will be spent by the state on unknown projects.

So, when you pay 30 cents towards the deposit on a six-pack of Pepsi, the distributor takes that 30 cents and puts it into a – for a lack of a better term – escrow account.

When you bring back your bottles or cans, you get your 30 cents back and it is paid to you out of the escrow account.

Now if the state takes that money, are they going to be giving the 30 cents back to us for the deposit we paid or will the distributors have to pay out?

I’m a bit confused since I don’t care to look into the details, but it is obvious that the state’s bottle bill law is simply another tax. Some people – and the state is betting on this – don’t care to go through the hassel of bringing a bottle of Coke back to the store to get their nickel back.

The state – with no effort – gets the cash. Nice gig if you can get it.

I’ll close by asking the same question I did on March 24. What the heck are these things for? 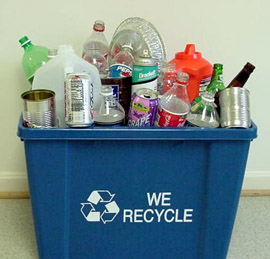 This is just too much and what happens when publicity hungry politicians try to capitalize on public outrage and ginned up fury. END_OF_DOCUMENT_TOKEN_TO_BE_REPLACED

Well why not. Everyone’s a victim these days of something.

Oh and make sure to listen to House’s follow up question. In a nutshell, what if Countrywide treated you the way Dodd (D) has been treating the voters? Amen and amen.

We’re the government … we don’t ask. Of course not. We’re just the people who put your there.