Continuing with our Symptom of the Disease series, we’ve got President Obama admitting that he is not familiar with what is included in the current version of the House health care legislation. He has not read it, Congressional leaders don’t read it, party leaders don’t read it. But you know what? Bloggers like our own Sound Off Sister read it.

Now to be fair, who has the time to read thousands of pages of legislation? Why, if the people who are responsible for voting on legislation were required to read and understand what they are voting for nothing would ever get done.

When it comes to the federal legislative branch of government, I think I’m OK with that, but in reality, this is a good example of a symptom of the disease.

The Heritage Foundation has the report detailing a call Obama had with lefty bloggers trying to get them on board and promote the plan, which of course, he is not familiar with.

During the call, a blogger from Maine said he kept running into an Investors Business Daily article that claimed Section 102 of the House health legislation would outlaw private insurance. He asked: “Is this true? Will people be able to keep their insurance and will insurers be able to write new policies even though H.R. 3200 is passed?” President Obama replied: “You know, I have to say that I am not familiar with the provision you are talking about.” (quote begins at 17:10)

This is a truly disturbing admission by the President, especially considering that later in the call, Obama promises yet again: “If you have health insurance, and you like it, and you have a doctor that you like, then you can keep it. Period.” How can Obama keep making this promise if he is not familiar with the health legislation that is being written in Congress? Details matter.

Do you really think you’ll be able to have the exact same coverage you had before?

This has been documented here and on other blogs. No need to go through it again, Obama is lying to the American people.

This story is simply a symptom of the disease since the federal government should not be involved in health care at all. Never. Ever. No way. They do not have a Constitutional mandate to get involved! When government gets involved in the consumer market, the rules, regulations and legislation is so confusing and convoluted that even the IRS tells you their advice on tax subjects might be wrong, and you’re liable for any mistakes! 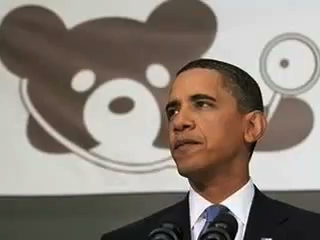 More than 80 in Executive Branch knew about Bergdahl swap