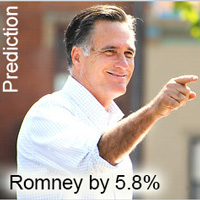 I think it’s safe to say I’m not a very good guesser when it comes to elections. I really have not done it before so who would listen to me? Well, there is plenty of information on the Internet for you to read and gather, so what are your predictions for today?

I’ll run two contests, one for Electoral College (EC) numbers and the other for popular vote. What this means is you can win the EC contest and lose the popular vote or visa-versa. You could also win both. Winners get their choice of RVO T-shirt or a TEA Party hat that we have in stock. I’ll cover shipping anywhere in the USA or an APO box.

We’ll, it’s mine in partnership with AJ Strata over at The Strata-Sphere. I found Rasmussen’s history of party affiliation – all the way back to the 2008 election – compelling to say the least. Rasmussen had Democrats +7.1 percent in October 2008, and Obama won the general election by 7.2 percent. In other words, Rasmussen nailed it. 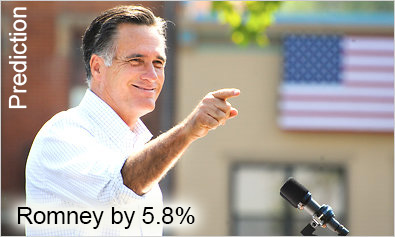 At the 2010 mid-terms it was Democrats + 2.9 percent and we know how that worked out for the Democrats in Congress. (November quickly flipped to GOP +1.3 percent after the win.) Current results show a huge 12.9 percent change in party affiliation since Oct. 2008, with the GOP currently at +5.8 percent.

When it comes to popular vote, I’ll go with Rasmussen’s 5.8 percent exactly and predict Romney by 5.8 percent. I’ll go with Strata’s EC prediction of 321 – 217 Romney simply because it makes sense and I’m not any good at Electoral math.