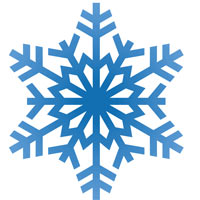 At least that’s how I’m reading this. Our collective sensitivities are now so fragile we are unable to recognize high-achieving employees, students or volunteers  because the people who are not recognized may feel devastated? I know this has been going on for awhile, but come on now…

A Massachusetts principal has been criticized for canceling his school’s Honors Night, saying it could be ‘devastating’ to the students who worked hard, but fell short of the grades.

“The Honors Night, which can be a great sense of pride for the recipients’ families, can also be devastating to a child who has worked extremely hard in a difficult class but who, despite growth, has not been able to maintain a high grade-point average,” Fabrizio penned in his first letter to parents, the station reported.

If not being valedictorian or salutatorian could be devastating – the principal’s word – then those same kids may crumble in the real world when it comes to employment and raising their own children. They will be turned down for jobs. They will get a speeding ticket they don’t deserve. They will get turned down for the mortgage they need for their dream home. They will get laid off from a job they love. Their child will not be selected for the baseball team.

Update: And in the UK, some schools are banning kids from having best friends.

The media and the new pope: a study in contrasts, or a study in hypocrisy?
Scroll to top