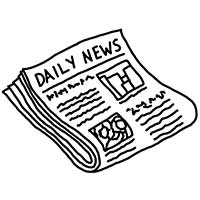 Maybe I should just start a new feature. We lost the ability to publish that widget allowing you to “read what we’re reading” but here is a list of stories I’d like to write about today, but there is no time.

How the heck is this not the top news of the last couple of days?

Searching for a pressure cooker?

Embassies in Middle East closing on Sunday. When you hear or read about this, are you suspicious? Maybe an Obama administration fake-out?

And finally from the not-unexpected-at-all file. The Obama administration changes Obamacare regulations to – in effect – give a waiver to members of Congress and their staff.

Sen. Chuck Grassley (R-IA) put the provision into the bill that required lawmakers and their aides to play by the same rules as their constituents and purchase their health care from the exchanges. The federal government subsidized nearly 75% of these insurance premium payments before Obamacare. But under the new law, lawmakers and staffers would have had to pay an additional $5,000 for individual plans and around $11,000 more for family plans on the exchanges that are set to start on Oct. 1.

No way can those in Congress be allowed to have to deal with Obamacare like the peasants they rule.

One more. Dozens of CIA operatives IN Benghazi during attack.

Phony scandals and the middle class

Obamacare: the arrogance of the elite
Scroll to top