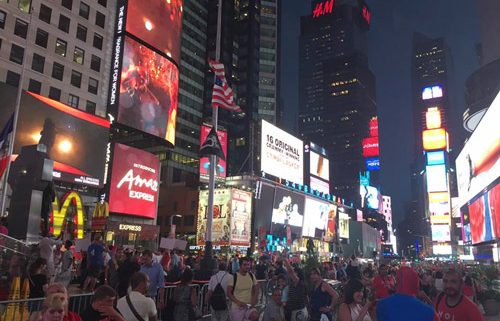 As a follow up to my You’re getting your news wrong piece a couple of weeks ago, let’s now review the “conservative” and “libertarian” conspiracy websites you should simply avoid. You’ll have to excuse my language in this post.

Similar to fake news websites, conspiracy websites make their living off click-bait headlines that are totally over-the-top. Here is a perfect example from Gateway Pundit, Infowars, and many others last week. The headline? Warning – “Day of Rage” scheduled by BLM for this Friday in multiple cities.

Bull shit. Total and complete BS. But you fell for it didn’t you?

Once you click through to one of the dozens of websites who pushed this garbage, you’ll get a listing all of the cities, locations and times for the “Day of Rage” supposedly “organized” by anonymous BLM, and funded by George Soros. (I added the last part, you know … his name shows up everywhere so why not?)

So know let’s get this straight.

That’s right … nothing happens. But they got you all spun-up didn’t they? They got you to share the posts via social media didn’t they? You copied and posted it to Internet forums didn’t you?

So how does Gateway Pundit – who used to be pretty reliable – cover for passing along a totally fabricated story? Over the weekend they claimed protests “failed miserably.” Failed? Heck, they never were to happen in the first place. But you’re following along with the BS right?

Note: I was in Times Square Friday night. Nothing more than the normal fruits and nuts, plus a few Turkish flags were seen.

So this morning we get an email from another chap who stayed up all night, worried sick, over articles they read on Infowars and another conspiracy site called Before It’s News. No, I’m not providing you links… You see, they claim the AP admits UN troops will impose martial law right here in the US!

Really? You’re embarrassing yourself. I can’t even figure out how anyone can get through reading the full article since there are so many pop-up advertising and clicks you have to make to read the “information.”

The email sent to us also claims Soros, President Obama and BLM are planning to take over America, cancelling conventions to ensure Obama will have to stay in office! And the BLM leader (who is that by the way?) is living in a house given to him by Soros! And Newt Gingrich has ties to the New World Order!

Back to the “Day of Rage” that never was. Virtually the same exact anonymous false rumor was posted in August 2014. It even had the same locations listed. Not as many of you fell for it that time, but we will see it again. And conspiracy sites will post it again. And many of you will get all spun-up again. And not much of anything will happen.

You’re getting your news wrong, all wrong