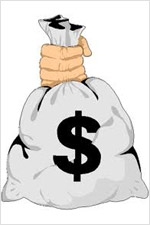 Remember the Stimulus Bill that just had to be passed quickly in 2009, or unemployment would rise above 8%? $7.2 billion of the total stimulus was allocated to subsidies to provide broadband services to rural areas without broadband.

Friday’s USA Today reports on a study that was done by the National Cable & Telecommunications Association involving three projects that received this money.  Here is one of the conclusions of that study:

more than 85% of households in those project areas already ha[d] access to some form of broadband service, whether through cable broadband, DSL or fixed wireless broadband providers.

For one project in northern Minnesota, sponsored by the local Lake County government, the original plan did not involve enough customers to warrant the expenditure of stimulus dollars.

So officials expanded the project area to include two towns, Ely and Babbitt, in neighboring St. Louis County…

However, Midcontinent Communications already was providing service to those two towns.

This, in turn, led to another conclusion of the study.

[F]ederal government money is subsidizing some companies to compete against others that didn’t receive subsidies.

One of the problems was that all of this stimulus money for broadband had to be “issued”, by September 1, 2010, and yet, the government’s National Broadband Map, identifying those areas not served by broadband, was not released until three months ago.

Well, look on the bright side.

Oh, wait, I forgot…some 2 years later, unemployment is well over 8%. 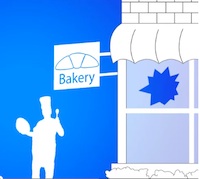 Discounted broadband and computers for participants of school lunch program

A prophet among us

Cash For Clunkers “It’s not a stimulus.”
7 replies

Ethanol and the price of bacon
Scroll to top