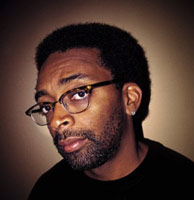 At some point, a liberal had to admit it. You see, before – maybe just a few months ago – all the people who were unhappy with President Obama’s performance were racists. Spike Lee just realize a few of the unhappy are not racist!

How else can you take a statement like this? From Politico.

“I can’t say to all the people that are unhappy with him that they’re racist people,” Lee said of Obama’s critics. “People ain’t got jobs, people are hurting. So I don’t care what color you are, if people are out of work, it’s tough. And then when you’re the first African American president, that’s not helping either.”