Yup, just another symptom of the disease. It was imperative that all 675 managers meet in person at the Arizona Biltmore – part of the Waldorf Astoria Collection.

I’m not saying that meeting in person for large corporations is not important, but when the government is spending the money, perception is everything. This is one reasons – in a previous life doing some conference planning for a fortune 50 – I was never allowed to look into having corporate events in Las Vegas. Perception, is reality. 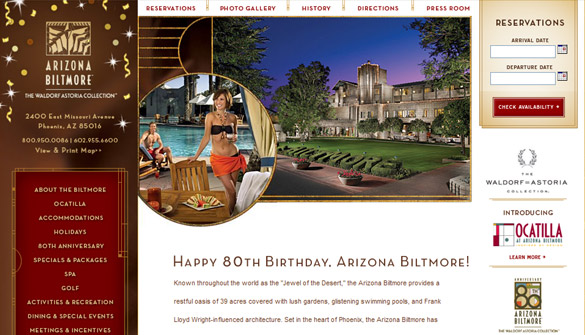 From ABC15.com, with a hat tip to Gateway Pundit.

A spokesperson from the SSA’s regional office said the conference was essential, that teleconferencing was not an option, and that all 675 managers needed to meet in person.

The SSA provided ABC15 with a list of courses provided at the conference, which included “Techniques to Empower You,” “Mentoring the Generations,” and “Emotional Intelligence.”

But the information provided by the SSA did not mention an after-hours casino trip, family members staying at the hotel, or the 20-minute dance party ABC15 observed.

Remember, I’m not saying this conference was a total waste of cash. Heck, to get 675 people together for a few days is not cheap and $700,000 may be a good deal. The room rates were $85 per night for goodness sakes.

It’s first the perception, and second, if the federal government would shed responsibilities they never should have in the first place, we’d never have this problem.

Update (Jim): Here’s an interview Gretta did last night with the AZ reporter who uncovered the SSA party. Outraged yet?

New Jersey Dumbocrat stands up for the retirement benefits of … 5 year olds?

Medicare drops mom with cancer – probably will get treatment