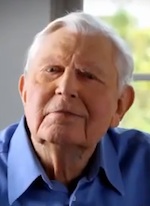 Please tell me it ain’t so. The Sheriff of Mayberry, the down home Southern boy has become the spokesperson for Obamacare. But really, it should not surpirse, Griffith campaigned for the boy President in ’08.

Maybe its because he has so much dough, he won’t have to worry about being denied treatment in his ancient age, while I and most of you will … because it costs too much. Maybe its because he is so enamored with the young President that he is convinced it will be good for all of us. Maybe, unlike my sister, he hasn’t read the bill that ensures coverage but does not guarantee care. In fact Medicare has the highest coverage denial rate (more great research from Steve and the SOS) among all Health Care providers. But my guess he doesn’t tell you that. Heh?

Two videos for your view. First the real commercial, which cost you taxpayers $700,000 … enough to pay for Andy’s care I am so sure.

Next is just a spectacular parody from “Nation of Lies.”

Finally … remember this one from Andy during the election? He and Ron Howard posted a video campaigning for Obama … calling for an end to divisiveness? Strangely I looked on line and could no longer find the video. My guess is they took it down. Nothing like the courage of conviction.

I don’t care if he supports Obama. But please, don’t portray yourself as an ordinary geezer, like the rest of us who are or will be, and push a crummy plan that will cut $500 billion from Medicare, kill Advantage, cause rationing, and then tell us to buy into a new system that you I guess won’t have to join. But, that’s just me.

What is a “qualified plan?

Even the Constitution can’t stop the Democrats – UPDATE: SOS weighs in on...

Virginia lawsuit against Obamacare will continue
Scroll to top